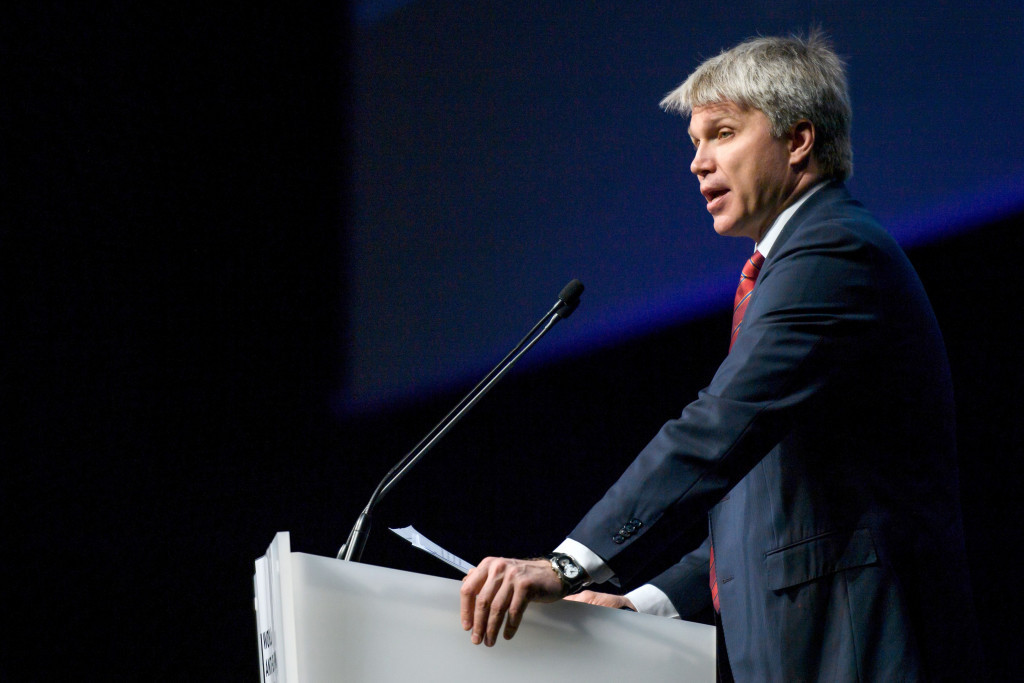 Russian Sports Minister Pavel Kolobkov said he does not think athletes from the country should compete under a neutral flag at International Association of Athletics Federations (IAAF) events – including the World Championships.

This meant no-one from the country competed in the athletics programme at the Rio 2016 Olympic Games, apart from Darya Klishina, who featured in the long jump after she proved her training regime had been done under an effective doping system outside of Russia.

Earlier this year, an IAAF Taskforce recommended that the suspension continue until at least November, meaning Russia’s athletes will be barred from the World Championships taking place in London from August 4 to 13.

However, IAAF bosses have said athletes from the European nation can take part if they apply to do so as a neutral.

But in an interview with TASS, Kolobkov, who won a silver and bronze medal in fencing competition at the 1992 Olympic Games in Barcelona as a neutral following the break-up of the Soviet Union, said he did not like the idea.

"I believe that the participation under a neutral flag is a wrong decision," Kolobkov, who won six Olympic medals including Epee gold at Sydney 2000, said.

"This issue is subject for further discussions with the IAAF and the All-Russia Athletics Federation (ARAF).

"All issues regarding the participation of our athletes will be settled.

"I have competed under a neutral flag in 1992, but it was a completely different story back then."

According the WADA-commissioned report led by lawyer Richard McLaren, around 1,000 Russian athletes were implicated in an "institutional" doping system.

The report, which had its second part published in December, said drug samples had been manipulated at events including the 2014 Winter Olympic and Paralympic Games in Sochi.

The Russian Anti-Doping Agency (RUSADA) have been deemed non-compliant by WADA.

At the WADA Annual Symposium in Lausanne on Monday (March 13), Kolobkov said it is hoped the measure being taken to make changes at RUSADA will help get the agency back on the provisional compliant list in May.

He added they are aiming to be fully re-instated by November.