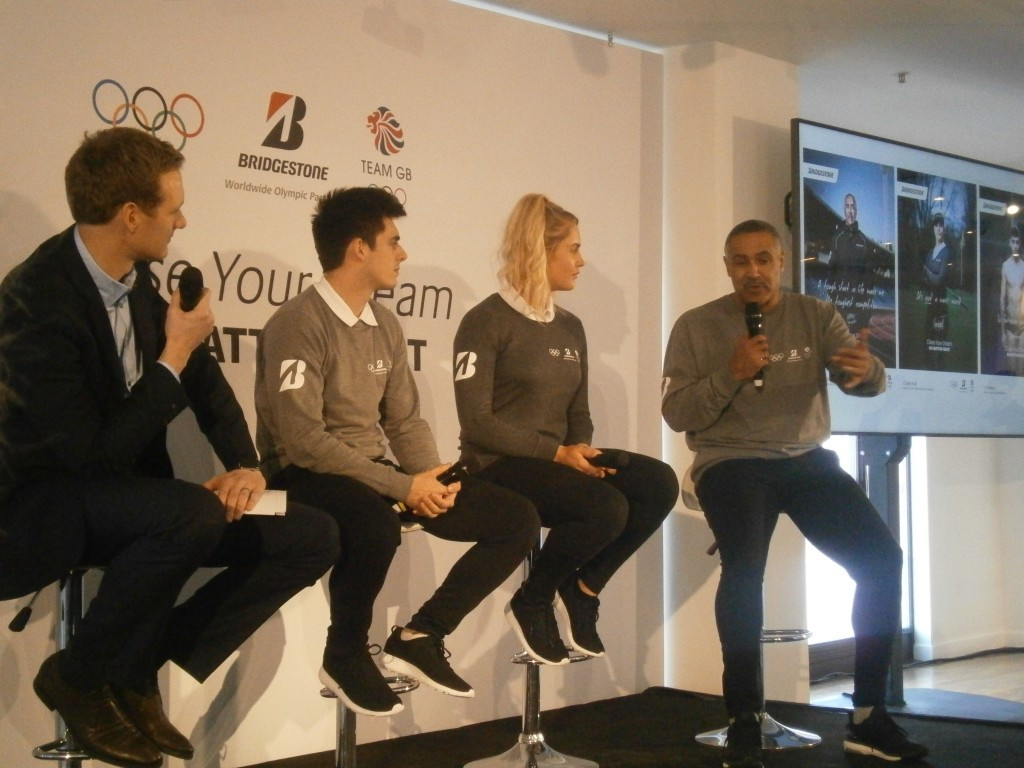 Daley Thompson was unveiled as one of three ambassadors for Olympic partner Bridgestone's launch of their "Chase Your Dream, No Matter What" campaign in the United Kingdom.

Bridgestone became a member of The Olympic Partner (TOP) programme in 2014 and hold worldwide marketing rights through to 2024.

The tire and rubber company, a founding partner of the Olympic Channel, claim the motivational campaign will encourage people of all ages, abilities and passions to chase their dream and overcome obstacles they face.

Thompson, who won decathlon Olympic gold medals at the Moscow 1980 and Los Angeles 1984, features in a campaign video detailing the challenge of being a mixed-race child growing up in an underprivileged area of London.

The Olympic great claimed his self belief was key to overcoming these obstacles, en-route to achieving his goals.

"My upbringing and sporting career have taught me that if I worked hard enough and remained focused, then I can achieve my goals," he said.

"I would like to think I am a living testament to the 'Chase Your Dream, No Matter What philosophy'."

The campaign also features the journey Mears took to becoming Olympic champion, despite a ruptured spleen in 2009 which left the Briton fighting for his life.

Hull’s story highlights the golfer’s determination to become one of the best players in the world, in spite of the barriers she faced as a woman in a male dominated sport.

Bridgestone have partnered with international, national and grassroots level golfers, both amateur and professional, to help them follow their dream.

The ambassadors will host three grassroots events in the coming year, with Thompson's set to be an athletics based challenge.

Mears and Hull will host diving and golf events respectively.

"Our 'Chase Your Dream, No Matter What' campaign aims to inspire people everywhere, whatever their background, to find the strength to chase their dreams and overcome any obstacles they face on life’s journey," Robin Shaw, Bridgestone's North Europe managing director, said.

"Whatever challenges you face, we believe our role is to keep everyone safe and on track until you safely reach your destination.

"Our ambassadors are sharing their stories to help everyday people chase their dreams, no matter what."