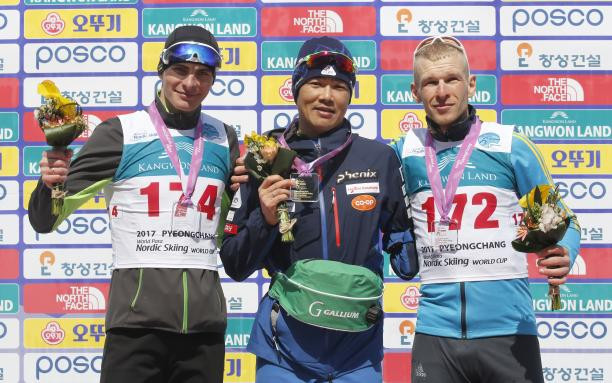 It was a good sign for Asian Paralympic sports in a competition doubling as a test event for next year's Winter Games here.

It was his first World Cup win since 2012 and completed a fruitful week which also included a sprint silver.

Oleksandra Kononova ensured Ukraine did enjoy some golden success, however, in the corresponding women's 7.5km event.

Belarus managed to top the podium, however, in the women’s 5km visually impaired event.

Sviatlana Sakhanenka and guide Nafranovich Iryna won their second race at the World Cup in 23:56.20.

They defeated Austria’s Carina Edlinger and guide Julian Josef Edlinger, in 24:23.10, and Ukraine's Oksana Shyshkova and guide Volodymyr Ivanov, in 25:59.0.

Focus will now shift to Sapporo, where the World Para Nordic Skiing World Cup Finals are due to begin on Saturday (March 18).