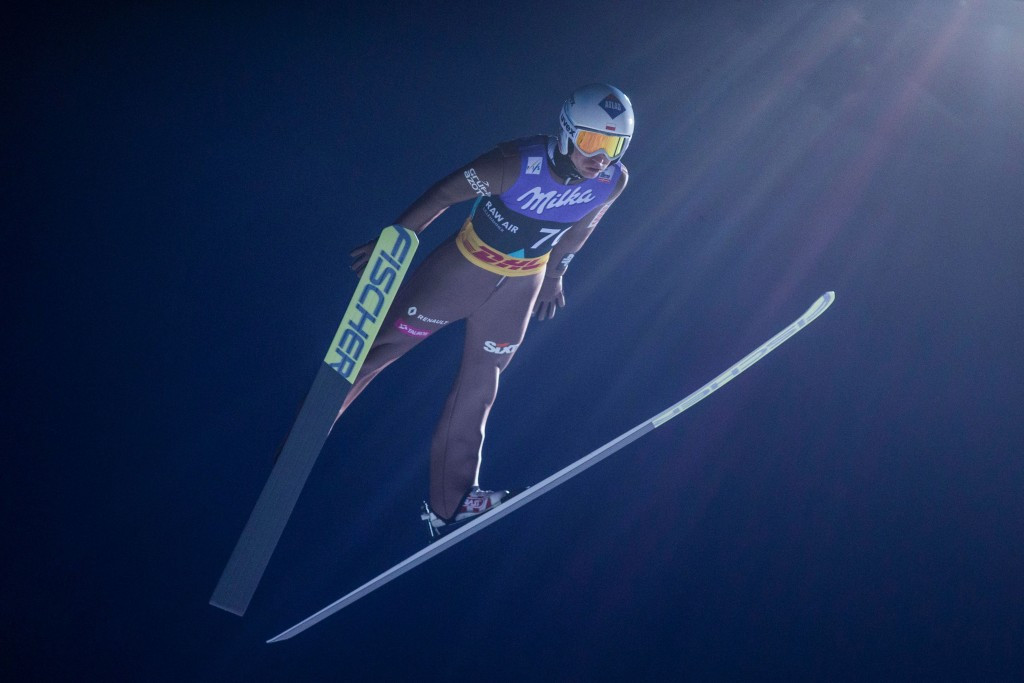 Norway's Andreas Stjernen also registered a leap of 139m but was knocked back to 144.5 points which saw him finish in second.

Germany's Andreas Wellinger was five points behind the Norwegian in third on 139.5.

The competition is another part of the inaugural Raw Air Tournament in Norway.

Following today's competition, Wellinger currently leads the overall tournament with a ranking of 942.2.

He is followed by Austria's Stefan Kraft, who qualified in 27th place today, with 935.1.

Action in Trondheim is set to conclude tomorrow.

Yesterday's World Cup event in Lillehammer, that was cancelled due to high winds, has now been rearranged.

Around 26 competitors had jumped but the competition was cancelled midway through due to the adverse conditions.

It will now take place on Friday (March 17) on the Ski Flying hill in Vikersund.

The competition will not include a qualification stage and will be decided after only one round with all athletes eligible to compete.