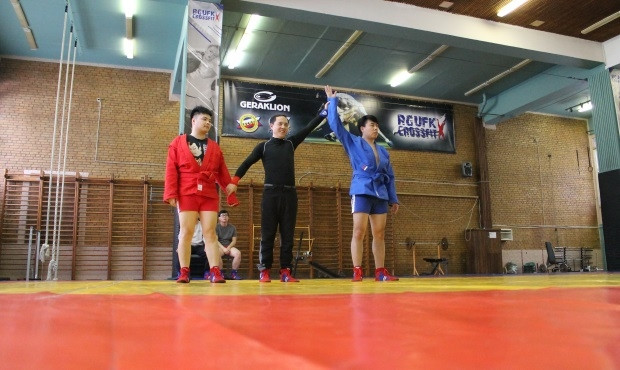 A delegation of 11 Chinese sport experts have visited Moscow for a seminar and training camp organised by the International Sambo Federation (FIAS).

Between February 18 and March 4, the delegation studied the theory and practical side of the martial art, with the hope of growing the sport in China.

The seminar was held at the Russian State University of Physical Education, Sport, Youth and Tourism in the capital.

Sergey Tabakov, an executive director of FIAS, led the training and the seminar.

Participants were tested on the theoretical skills of the sport before taking part in practical sessions.

Time was also dedicated to learning how to referee the sport in a bid to increase the number of competitions in China.

"It's a good opening for sambo development and settlement in Asia as well," said Tabakov.

"Moreover, it contributes to sambo promotion into the Asian calendar.

"Chinese sportsmen took part in sambo competitions within the programme of the 2016 Asian Beach Games, they proved themselves to be very active athletes."

Chinese sambists failed to win any medals at the 2016 Asian Beach Games in Danang.

The final stage of the seminar involved participants learning about the running of competitions, during which they took part as either a competitor or referee.

Activities included the weigh-in, the draw procedure and refereeing.

Following the conclusion of the event, each participant was given a certificate and further information, allowing them to maintain the skills they had learned.

"Unfortunately, until now we didn't have sambo among the martial arts in China," said Gong Maofu of Chengdu Sport University.

"I know that this martial art is very popular all over the world, but in China it is still a new style of martial art and very few people know about it.

"That is why we went to Russia to get acquainted with this sport and learn about its subtleties and contrasts to other martial arts."