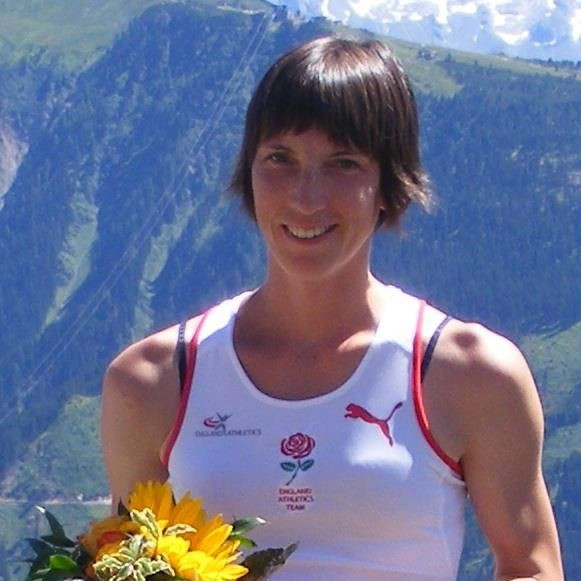 Former British fell running champion Lauren Jeska has been jailed for 18 years for the attempted murder of a UK Athletics official in an attack at Birmingham's Alexander Stadium in March last year.

Jeska stabbed former Bristol rugby player Ralph Knibbs, the head of human resources and welfare at the governing body, in the head and neck during the "frenzied" attack, which left him with life-threatening injuries.

The court was told it was like the former athlete was "trying to skewer meat".

She had also pleaded guilty to causing actual bodily harm to Kevan Taylor and Tim Begley, who tried to intervene, and two counts of possessing a knife.

Judge Drew said he had considered a number of factors in giving Jeska an 18-year sentence, of which she must serve at least two-thirds, such as psychiatric reports and the nature of the incident.

He described the attack at the stadium, where UK Athletics are based, as "cool and calculated" and that it was conducted with "chilling precision".

Jeska, who is transgender, is thought to have carried out the shocking attack due to an ongoing row with the governing body about her eligibility to compete as a female athlete.

The court heard she was told some of the results of her races were going to be removed, which had a detrimental affect on her wellbeing and mental health.

It was revealed her racing results had been declared null and void.

Prosecutor Richard Atkins said she had "not provided relevant samples to her testosterone levels and other relevant documentation".

Atkins added that Jeska had told a psychiatrist that, after the attack, she had fantasised about going to the stadium and killing all of the staff.

Police said she drove from her home in Machynlleth in Wales, 100 miles away, to carry out the attack.

Julie Warburton, defending Jeska, claimed the former athlete was "extremely shocked at hearing of the effects of her attack" and expressed severe remorse for her actions.

Warburton also insisted doctors had said she was not likely to "re-offend in this way" but the judge disagreed, claiming she posed a significant risk to the public in future.

"Mr Knibbs will suffer from this attack for the rest of his life," the judge said.

"This was a planned attack, determined and persistent, and the harm could have not been much more serious."

Knibbs, formerly one of England's top rugby players, told the court he felt he was "lucky to be alive".

On the international stage he represented England at under-23 and sevens level but turned down the chance to go on tour with England to South Africa in 1984 because he opposed apartheid.

He also ruled himself out of the 1988 England tour of Australia and Fiji due to work commitments, making him one of the only players to ever turn down England twice.

"UK Athletics is a national governing body for the sport of athletics in this country," UK Athletics staff told the court.

"It works to support athletes, with their welfare being key to what we do.

"Therefore none of its activities would ever have been expected to result in such a chain of events taking place.

"Our head of HR Ralph Knibbs has always been a very popular, friendly, supportive and much respected figure within our workforce.

"That such an attack should happen to such an individual was devastating, but to have it played out within our office cut to the very core of our organisation.

"The impact of the attack on Ralph has therefore been deep and lasting at both an individual employee and a corporate level, changing attitudes and working practices.

"Athlete welfare is a key element of everything we do, and for us to suffer such an unprovoked and brutal attack as a consequence of trying to assist and support an athlete has been a very difficult thing for staff to comprehend and respond to."