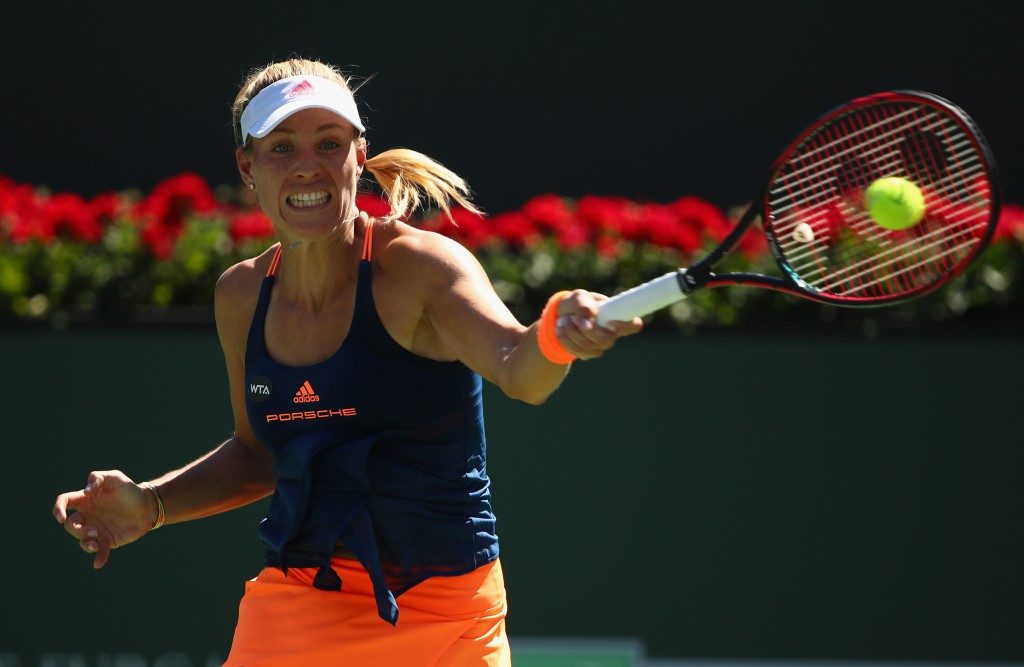 Germany's Angelique Kerber needed three sets to defeat Pauline Parmentier of France and reach the fourth round of the Indian Wells Masters in California today.

Kerber is set to become the world number one after the conclusion of the tournament, following the withdrawal of Serena Williams of the United States, and she took the opening set at the Indian Wells Tennis Garden 7-5.

The Frenchwoman then levelled the contest after winning the second set 6-3, forcing a decider.

It was Kerber who would prevail though, after the Rio 2016 Olympic Games silver medallist took the decisive third set 7-5.

She will now play Elena Vesnina of Russia in round four after she defeated Hungary's Timea Babos 6-4, 1-6, 6-4.

Venus Williams of the US also moved into the next round after she overcame Lucie Šafářová of the Czech Republic 6-4, 6-2.

Another American, Madison Keys, joined her compatriot Williams in winning today, much to the delight of the home crowd.

Former world number one Caroline Wozniacki of Denmark proved too strong for Kateřina Siniaková of the Czech Republic with the Dane picking up a comfortable 6-3, 6-1 win.

In the men's singles, Switzerland's Stan Wawrinka overcame Philipp Kohlschreiber of Germany to reach the fourth round.

The tournament's third seed required an hour and 18 minutes to get past Kohlschreiber 7-5, 6-3 and will now face Japan's Yoshihito Nishioka in the last 16.

"It was a really good match," said Wawrinka.

"First set was not easy, but in general I'm happy with my game.

"I need to every time adjust a little bit in the return.

"It's not easy, but I was serving well.

"I think I'm moving better and better, and it's all positive so far."

There was also a victory for Frenchman Gael Monfils as he defeated American John Isner 6-2, 6-4.

Dominic Thiem of Austria also enjoyed a comfortable day after he eased to a 6-1, 6-4 victory over Germany's Mischa Zverev.