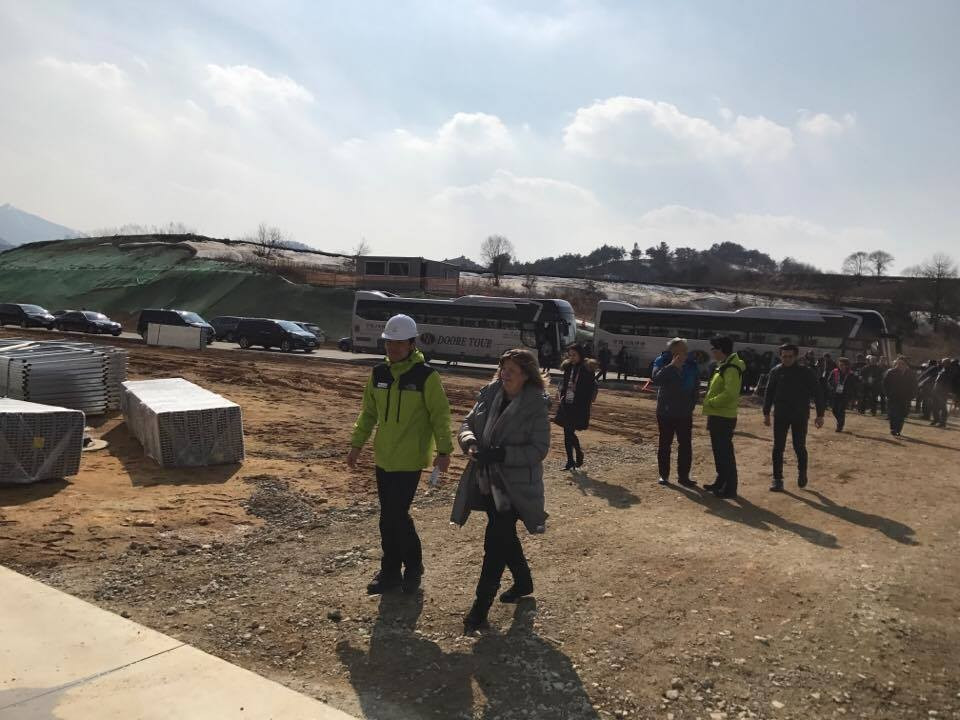 During their eighth inspection of the South Korean county the IOC focused on venues around the Alpensia hub at which the IOC hotels, Athletes' Village and Main Media Centre are all due to based during next year's Winter Olympic and Paralympic Games.

All "fields of play" are supposedly now completed, with only overlay work and small changes required.

"It's been impressive to see the progress that has been made on the venues in the mountain cluster," Lindberg told insidethegames.

"Jeongseon is an outstanding Alpine venue as shown by the recent feedback from athletes at last month's test event.

"The Olympic Stadium is taking shape, as is the International Broadcasting Centre.

"The sliding centre is ready to welcome the International Bobsleigh and Skeleton Federation World Cup this weekend and has successfully held the luge World Cup."

The IOC Coordination Commission began by visiting the Olympic Plaza where all the Opening and Closing Ceremonies are due to take place.

Unlike the sporting facilities, the venue remains less than 50 per cent complete.

It is scheduled to be finished in September.

The Commission inspection will officially begin tomorrow with a plenary session before a series of group and bilateral meetings.

There remain areas of concern to assess.

These include legacy plans, transportation and accommodation.

Early indications suggest, however, that there has been considerable improvement with most outstanding issues considered to be "teething problems" rather than genuine fears.

Efforts to promote the Games both domestically and further afield is thought to be the biggest challenge.

Four members of the 13-strong Coordination Commission are not currently here.

Ruggiero is, however, expected to arrive here tomorrow night in time for the IOC Executive Board meeting starting on Thursday (March 16).

IOC President Thomas Bach is also due to arrive in the host country tomorrow morning before spending the day in Seoul.