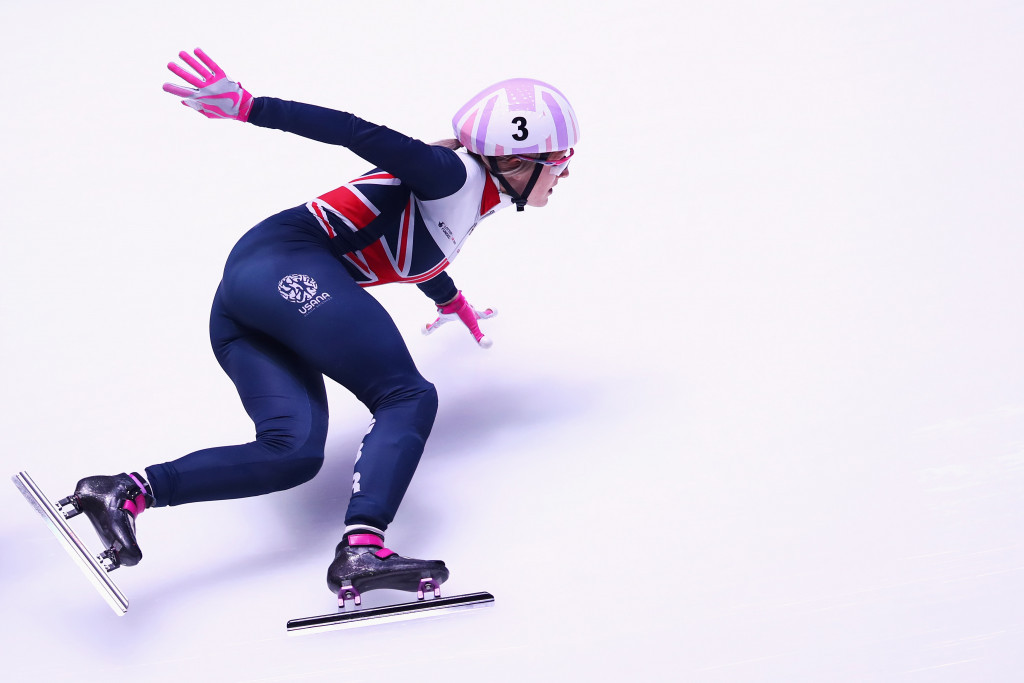 Elise Christie became the first-ever British woman to claim a gold medal at the International Skating Union (ISU) World Short Track Speed Skating Championships as she topped the podium in the 1,500 metres event at the Ahoy Rotterdam.

The 26-year-old arrived in the Dutch city having already won eight World Championships medals but none of them gold.

She finally got her hands on an elusive world title, clocking a time of 2min 54.369sec.

Christie decided to skip the ISU European Short Track Speed Skating Championships earlier this year to focus her preparation on this weekend’s competition and it paid dividends as she powered to an impressive win.

The Briton  was unable to replicate the feat in the 500m as Olympic silver medallist Kexin Fan reigned supreme in a time of 43.605sec.

St Gelais, leader of the overall classification, added another silver medal to her collection by finishing second, while Kim Ji-yoo of South Korea did enough for bronze.

Sjinkie Knegt of The Netherlands continued his impressive form as he wrapped up the men's 500m title by clocking 41.832 to beat Wu Dajing of China.

Seo claimed his second medal of the day with a bronze.

Knegt leads the way in the men's overall classification, with the event in Rotterdam due to close tomorrow.