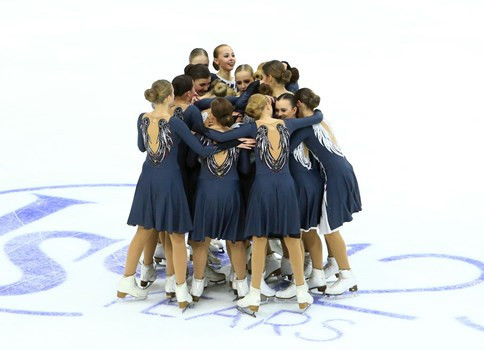 Skating to "Prayer in the Night", Crystal Ice Junior picked up a level four for the circle and the no hold element, and a level three for the move element and the block to earn 62.55 points.

Junost, the 2013 world junior bronze medallists, scored 62.34 points for their routine to "Oh Darling" by The Beatles.

Fintastic, who performed to "Somewhere Over the Rainbow", managed 61.55 points.

The 2017 World Junior Synchronised Skating Championships is the first to be held since the ISU passed a ruling to stage the event on an annual rather than biennial basis.

A total of 19 teams representing 14 ISU member countries have been entered for the third edition.

Competition is due to conclude tomorrow with the free skating.