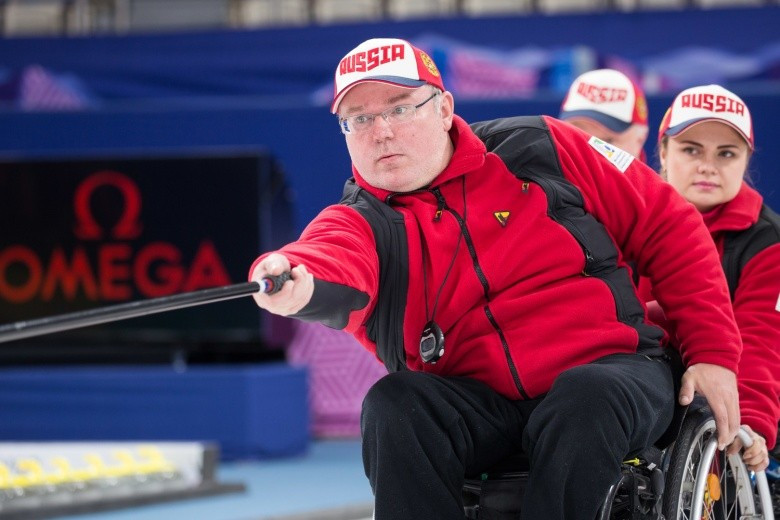 Russia booked their place in their third consecutive World Wheelchair Curling Championships final with victory over Scotland at the Gangneung Curling Centre.

The Russians progressed to tomorrow's gold medal match by virtue of a narrow 4-2 win.

"We played really well, didn’t make mistakes and played to the tactics we set before the game," Russian skip Andrey Smirnov said.

"That was how we won today.

"The most important thing is that we play well [in the gold medal game].

"Both teams [Scotland and Norway] are very good teams and really pleasant people.

"It’s a pleasure to play with each of them so it doesn’t matter which one of them we play tomorrow."

The Scottish rink will have another chance of reaching the tournament's showpiece match as they will take on Norway in the semi-final.

Norway gave themselves an opportunity to join Russia in the final thanks to a narrow 5-4 triumph over Canada in a tense play-off.

The Norwegian team, silver medallists at last year's edition of the World Wheelchair Curling Championships, then had to overcome China to seal a semi-final berth and they emerged with a 6-3 triumph.

"We came in very confident after winning three in a row," Norway skip Rune Lorentsen said.

"We won against Canada and the United States.

"We changed skips to build a little more spirit into the team so everyone was getting a higher performance level.

"We changed back now to get even more.

"We are a strong team at the end of a competition.

"Usually we love to be in ahead in points but we are pretty good at stealing.

"We always have tight games [against Scotland] except in the round-robin game, where they got five in the first end and we were chasing the whole time.

"Hopefully we get a better start this time, and if we play like we are playing now we have a good chance.”

The tournament, which is doubling as a test event for the 2018 Winter Paralympic Games, concludes tomorrow.