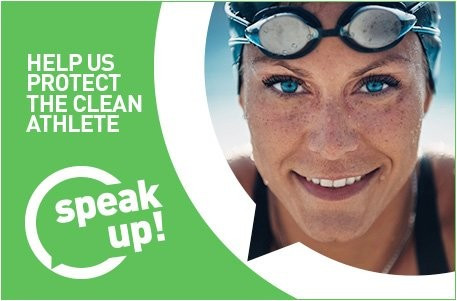 An initiative entitled "Speak Up!", which aims to provide a platform for athletes to report alleged anti-doping rule violations, has been launched by the World Anti-Doping Agency (WADA).

The programme comes as part of WADA's enhanced whistleblower policy approved at a Foundation Board meeting in Glasgow in November.

It includes a secure mobile application for both iPhone and Android devices and is available on the App Store and Google Play.

"WADA is pleased to launch Speak Up!, which we believe will encourage more informants and whistleblowers to come forward and report suspected doping violations," he said.

"WADA’s independent Pound and McLaren investigations, which were both triggered by whistleblowers, highlighted the importance of these individuals to the Agency and to clean sport on the whole.

"This new platform is one of many measures that are being taken to enhance the Agency’s Intelligence and Investigations (I&I) capacity under the independent leadership of I&I’s Director, Günter Younger."

In announcing the launch, WADA also stressed the difference between an informant and a whistleblower, such as Russians Yuliya Stepanova and Vitaly Stepanov, whose testimony sparked the Independent Commission investigation into widespread doping in Russian sport.

Any person reporting misconduct to WADA will be considered an informant, and if they will then be classed as a whistleblower if they wish to further cooperate with the organisation.

They would then be asked to sign an agreement with WADA, which offers additional rights.

"We understand that coming forward in good faith is a major decision that takes courage and conviction," Younger, WADA’s Director of Intelligence and Investigations, said.

"Speak Up! answers the call made by athletes and others for a secure, confidential way to report activity that goes against clean sport.

"My role is to ensure that the information provided is treated with the utmost confidentiality, that allegations are investigated fully; and that, in the case of whistleblowers with whom we contractually engage, they are kept informed of progress and that their rights are protected."