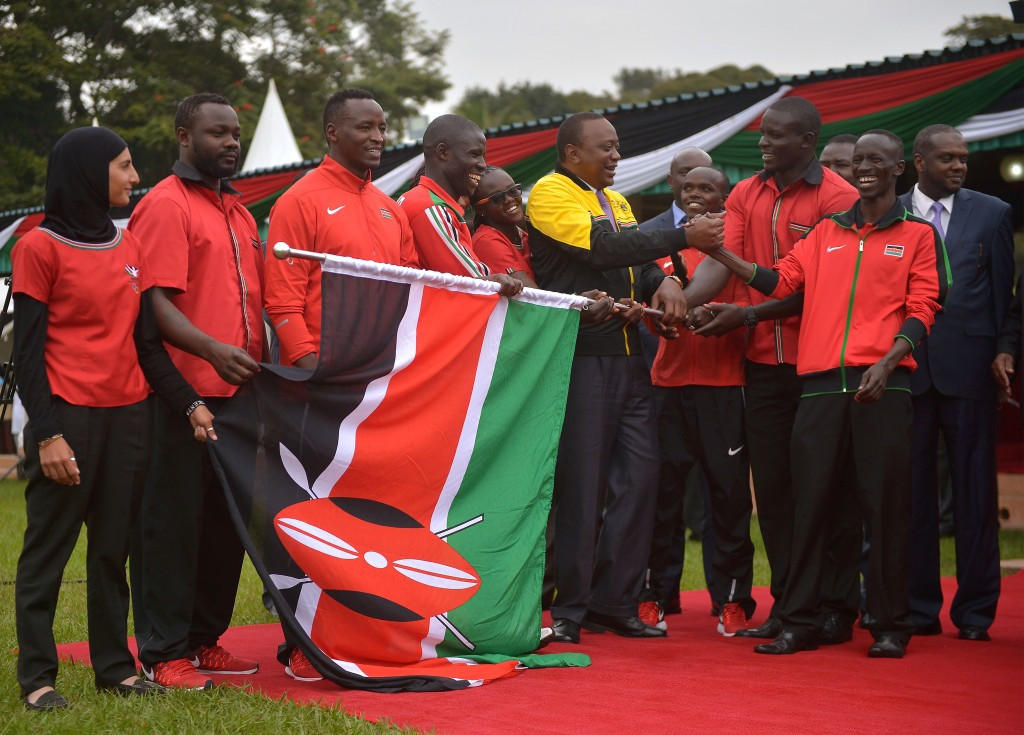 The IOC confirmed they were "putting on hold all payments of subsidies to the National Olympic Committee of Kenya (NOCK)" until the Executive Board makes a ruling at its meeting in Pyeongchang on March 16 and 17.

A vote on a new NOCK constitution failed to pass earlier this week, raising doubts over whether the IOC would continue to recognise it.

The decision plunged the NOCK further into crisis as 19 members voted against the new statutes, with only 13 in favour, comfortably shy of the two-thirds majority required for approval.

NOCK chairman, double Olympic gold medallist and honorary IOC member Kipchoge Keino, was among those who voted against the new statutes.

It marked the latest issue to hit the troubled NOCK, an organisation still reeling from a number of issues which arose at last year's Olympic Games in Rio de Janeiro, which led to Sports Minister Hassan Wario briefly disbanding the body until a High Court ruled he did not have the authority to do so.

The IOC has demanded change, and this week threatened "appropriate actions" unless the new constitution was passed.

"The IOC is extremely disappointed by the outcome of the NOC extraordinary General Assembly which did not address governance issues in the appropriate way," an IOC statement read.

"This goes against the tripartite agreement (IOC-NOC-Government authorities) reached in September 2016 in Lausanne and the roadmap and discussions with the NOC over the last few months.

"The IOC is now putting on hold all payments of subsidies to the NOC of Kenya until a decision of the IOC Executive Board is taken at its meeting next week."

The steps taken by the IOC today were met with approval by some NOCK members.

Secretary general Francis Kinyili Paul told Reuters all officials would be happy to resign if it helped improve the situation surrounding sport in Kenya.

Kenya Table Tennis Association head Andrew Mudibo praised the move and urged the entire executive step down from their roles.

"On behalf of NOCK Affiliates we welcome the move that IOC has taken and at this time and point we would like to see the Executive resign from their positions," he said.

The draft of the constitution proved controversial as it pledged to strip NOCK Executive Committee members of their voting power.

According to the Daily Nation, all current executives voted against the new constitution, while those representing the various voting governing bodies all supported it.

A Special General Meeting last week, at which the new NOCK constitution was expected to be approved, was abruptly adjourned amid political wrangling and disagreements.

Elections had been pushed back to this month after a failure to meet an initial December deadline.

Wario disbanding the NOCK came after officials were accused of key accommodation and travel mishaps at Rio 2016, including the "mishandling of accreditation", as well as kits which allegedly never reached athletes.

Two officials were sent home from the Brazilian city.

Michael Rotich was ordered to return to Kenya following claims he was involved in a scheme aimed at finding out when athletes from the country would be subjected to drugs tests.

Rotich, who denied wrongdoing, was accused of asking for money from journalists, who went undercover as representatives of athletes, to let them know when they would be tested.

Kenya still won six gold, six silvers and one bronze medal, all in athletics, to become the leading African nation on the Rio 2016 medal table.