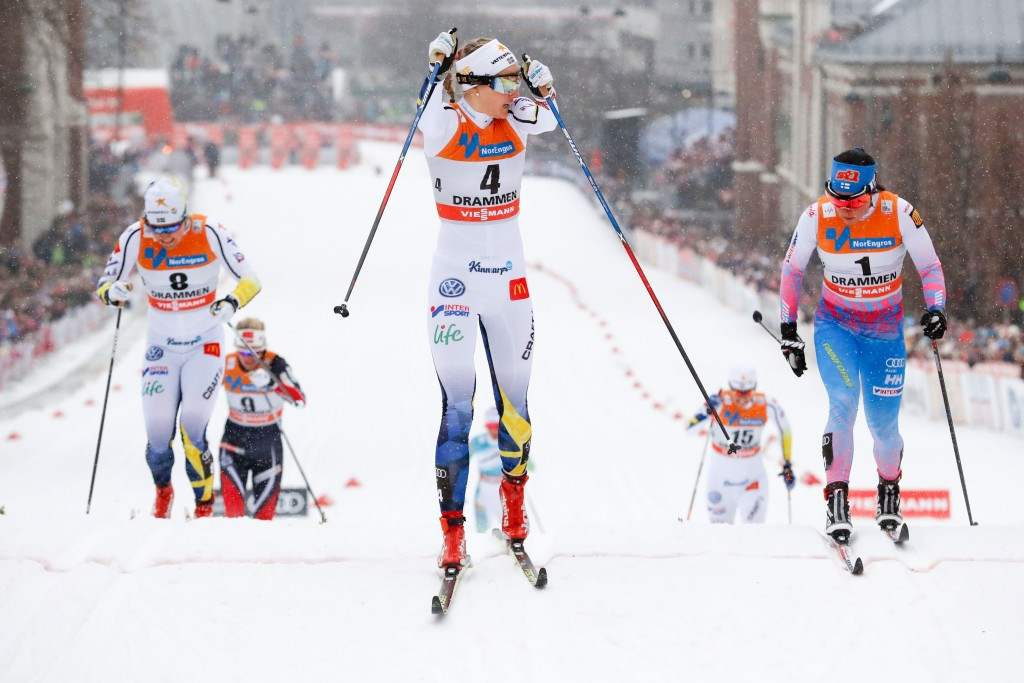 The 23-year-old clocked a time of 3 min 7.57sec to beat closest challenger Krista Parmakoski of Finland by 0.42sec.

Falla failed to make it through qualification today.

"It was a hard race," Nilsson said.

"I had to fight to the end.

"I thought I could win and this feels really great.

"I was sure Maiken would win the sprint globe today.

"I don’t think it’s possible still to win it, but there is still a chance and I will travel to Quebec and try my best."

In the men’s event, home favourite Eirik Brandsdal posted a time of 2:39.35 to secure his first World Cup win since triumphing in Drammen two years ago.

Another Norwegian, Johannes Hoesflot Klaebo, finished 2.55 back in the runners-up spot.

Rounding out the podium was Russia’s Sergey Ustiugov, who was 3.28 off the winning time.

"That was hard," Brandsdal said.

"I was so stiff at the end.

"It feels good to be back on top of the podium again."

Ustiugov is third on 322 points.