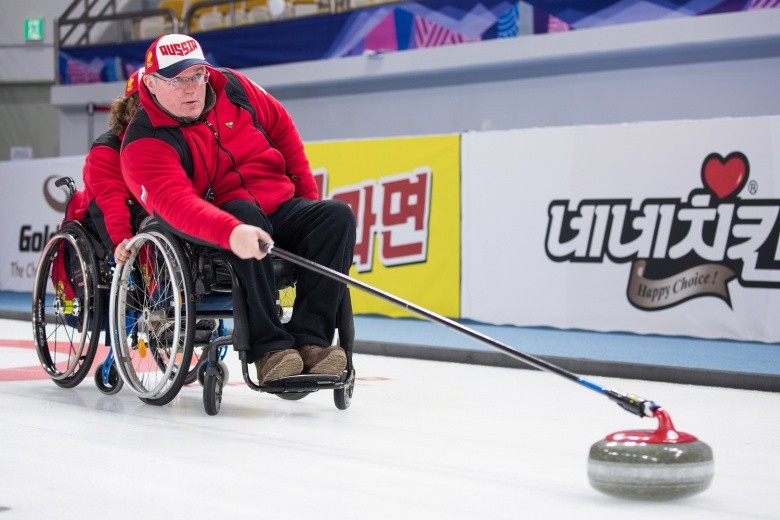 Russia beat Germany today to become the first team to reach the play-offs of the World Wheelchair Curling Championships in Gangneung, before narrowly defeating Finland to preserve their 100 per cent record.

The defending champions overcame Germany 9-6 in session nine and followed it up with a 7-6 success at the expense of Finland in session 10.

The two victories at the Gangneung Curling Centre stretch their winning start to eight matches, with their final round robin match against Canada scheduled for tomorrow.

"It was not easy to mentally prepare our motivation because we were already qualified, so the beginning of the game was a bit hard," Russia skip Andrey Smirnov said after his team overturned a fourth-end 5-1 deficit against Finland to come out on top.

"Everything will start from zero and we will try to play from a new beginning."

Scotland are now the outright closest challengers to Russia after winning both of their matches today.

A 7-3 victory against Switzerland was backed up by a 6-2 triumph over hosts South Korea to make it five wins out of eight.

Canada beat Finland 8-6 today and are now tied for third place with China, 6-4 winners against Norway.

The United States are one of four teams on three wins from seven matches, along with Germany, Norway and South Korea, after defeating Switzerland 10-3.

The results of sessions 11 and 12 will determine the remainder of the play-off qualifiers.