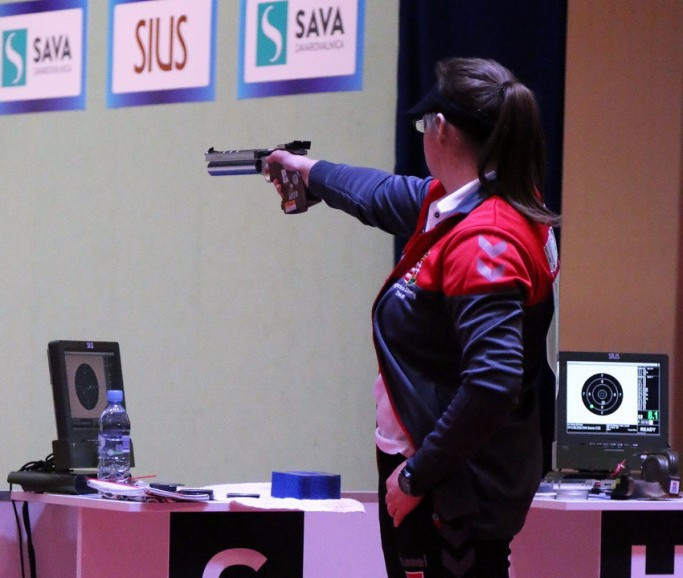 Major, who only switched from running target events 18 months ago, led from the start in the women's junior air pistol final in Slovenia.

She suffered a slight blip on her 20th shot to enable Czech Republic's Denisa Bezedecna to move ahead.

It did not take long for the Hungarian to retake the lead as she eventually triumphed with a world junior record score of 235.9 points.

"Oh I feel great at the moment," she said.

"The final was hard for me and I have to do a hard job to win, but I managed it and now I’m standing here as the gold medallist.

"This is a great feeling."

Polina Konarieva of Ukraine took the silver medal with 235.0 points, while Bezdecna had to settle for bronze on 214.3.

The Russian broke the world junior record mark with a score of 249.8 points in the men's air rifle event.

Serbia's Lazar Kovacevic took the silver medal with 249.0 points and there was more Hungarian success as Istvan Peni scored 227.0 for bronze.

"It was my first European Championship and I was very nervous during the whole final," said Golokov.

"Someway I managed to concentrate and do my best.

"This is so amazing.

"My next goal is the World Championship, but I have to train still more and more and of course I would like to become an Olympic gold medallist one day."