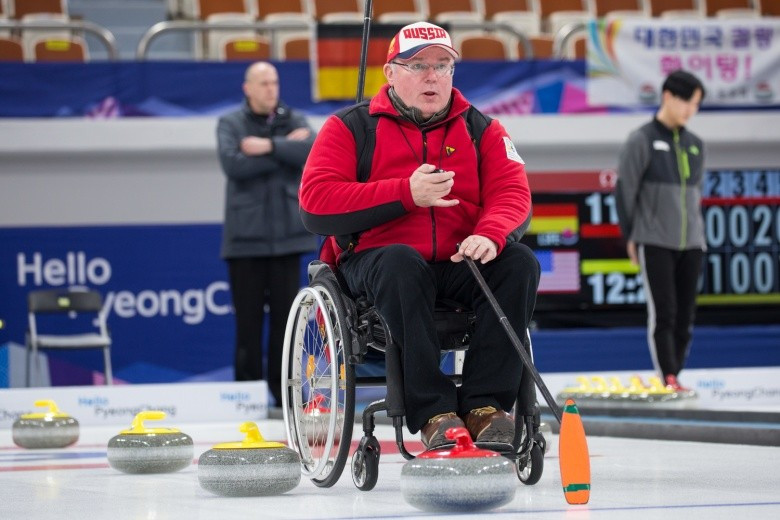 The Russians moved onto six victories from as many outings after winning 8-3 in their only match-up of the day at the Gangneung Curling Centre.

Korea begun the game with two points before Russia skip Andrey Smirnov responded with an open draw to grab three points in the second end.

Russia stole a single point in the third end before Korea blanked the fourth.

Momentum grew for the holders in the fifth end when Korea skip Soon Seok Seo rolled too far on a double take-out, giving up a steal of two points.

Down 6-2, the home nation failed to generate a deuce in the sixth end, giving Russia the hammer and the advantage late in the game.

Russia scored an additional two points in the seventh end to seal their success.

"We have a better feel of the ice and from game to game we’re improving.

"We have that taste of victory and we like it.

"Old victories don’t count for anything, so to have that feeling again and again we have to concentrate in every game."

Korea bounced back from their defeat to claim an 8-4 win over Canada, who had lost 6-2 to China in the day's opening session.

Both Canada and Korea feature among the six teams tied for second place on three wins and three losses, along with China, Germany, Norway and Scotland.

Scotland were beaten 5-4 by the United States, who had earlier lost 7-2 to Germany.

Germany completed a perfect day by overcoming Finland 7-5 in the final session, which also saw Switzerland defeat Norway 8-2 for their second win of the event.

Action in Gangneung is due to continue tomorrow.