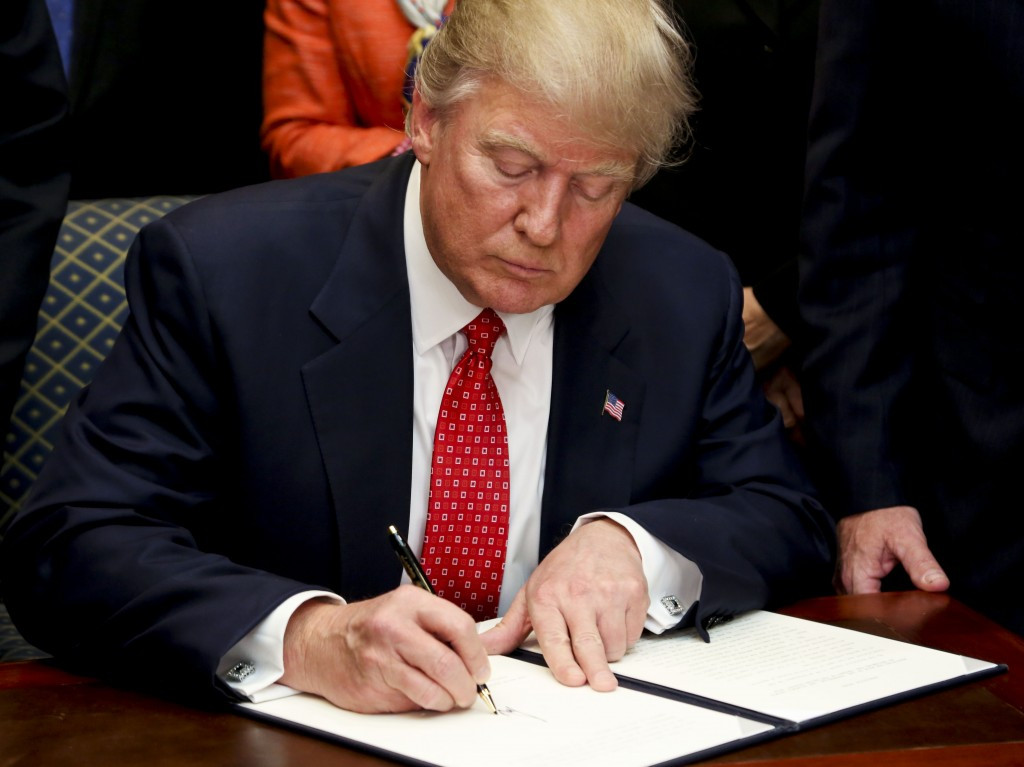 USA Weightlifting will seek "to determine what impact" President Donald Trump's new Executive Order, placing a 90-day travel ban on people from six mainly Muslim nations, might have on the this year's World Championships in Anaheim.

Iraq - covered in President Trump's previous Order - has been removed from the latest version after agreeing to additional visa vetting measures.

The directive, which also includes a 120-day ban on all refugees, is set to come into action on March 16.

The previous Order, which divided the nation, was blocked by a Federal court and further legal challenges are expected.

Anaheim in California is due host the International Weightlifting Federation's (IWF) World Championships from November 29 to December 6 this year, so after the 90 days has expired.

But in a statement, USA Weightlifting chief executive Phil Andrews said it was still something they would be taking into account.

"Sport is universal in its ability to unite the world under the banners of peace and inclusion," said Andrews.

"The global weightlifting community is tight-knit and we, as a community, celebrate our ability to meet and compete with athletes from around the globe.

"USA Weightlifting maintains our position that politics and sport be separate.

"We continue to work with our partners at the United States Olympic Committee to determine what impact this action may have beyond the initial 90-day travel restriction.

"As hosts of the 2017 IWF World Championships, the United States hopes to welcome athletes from around the world - including those from the six countries mentioned in the US Government action."

Trump's previous Order led to repercussions in the sporting world, with American participation at the United World Wrestling (UWW) Freestyle World Cup in Iran placed in jeopardy due to retaliatory measures.

After the policy was blocked in the courts, Iranian Foreign Minister Javed Zarif vowed that visas would be given to American wrestlers and they went on to compete.

Zarif said requests from the Iranian Wrestling Federation and UWW had being contributing factors for the decision.

Britain's four-time Olympic gold medallist Sir Mo Farah was also a critic, claiming the American President had made him an "alien".

The Somalian-born Sir Mo described the order as "crazy and unfair"and admitted he was concerned about returning to his home in Portland in Oregon.

Two members of the Iranian delegation for the Indoor Archery World Cup Final in Las Vegas were also prevented from travelling to the US after they were unable to secure visas in time.

Anaheim stepped in to replace Penang as hosts of the 2017 World Championships in October after the Malaysian state encountered financial difficulties.

It means that for the first time in history two successive editions of the event will be staged in the US after Houston in Texas hosted the 2015 competition.

The Anaheim Convention Centre will be the venue for the competition.

Of the nations mentioned in the Executive Order, only seven Iranian weightlifters competed at the 2015 IWF World Championships.