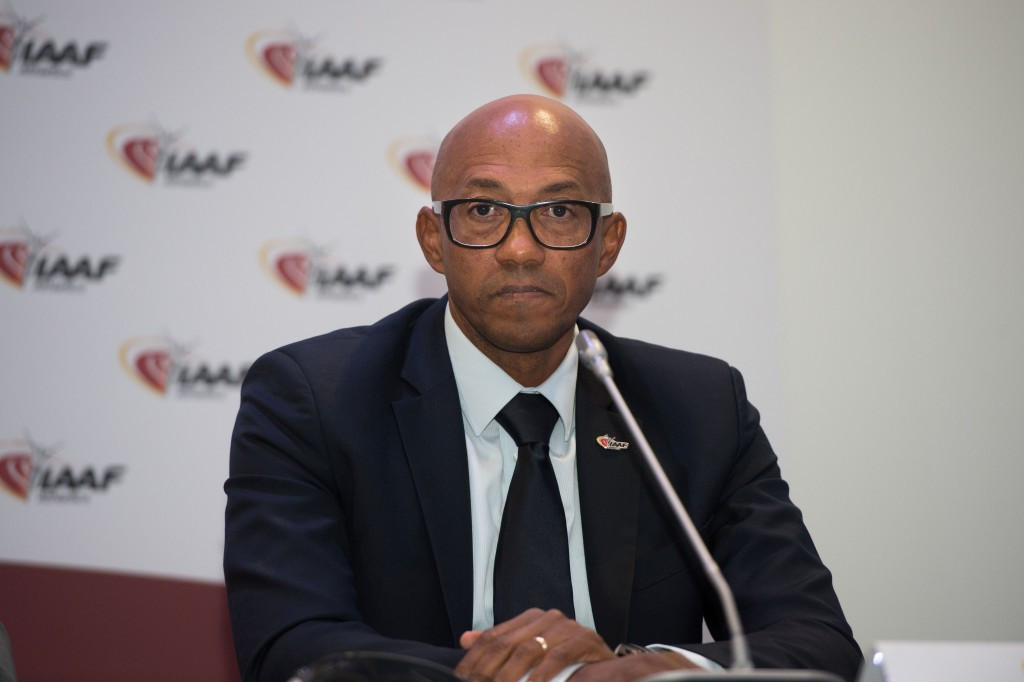 Frankie Fredericks has resigned as a member of the International Association of Athletics Federations (IAAF) Taskforce which is overseeing Russia's potential reinstatement following allegations made in Le Monde last week.

Fredericks, who is also the chair of the IOC Evaluation Commission for the 2024 Games, has been replaced on the Taskforce by Rožle Prezelj, the head of the IAAF Athletes' Commission.

IAAF President Sebastian Coe agreed with Fredericks' decision to stand down from the five-strong body.

The Namibian, who was a voting IOC member when Rio were awarded the Games, denies any wrongdoing.

"I have decided to step aside from the taskforce so that the integrity of its work is not questioned due to the allegations made against me in Le Monde," the 49-year-old said.

"It is important that the Taskforce’s mission is seen as free and fair with no outside influence."

The Namibian, a four-time Olympic medal winning sprinter who was also chair of the IOC Athletes' Commission between 2008 and 2012, was the athletes representative on the Taskforce, led by Norway's Rune Andersen.

Prezelj, a Slovenian high jumper, will begin work with the Taskforce with immediate effect and joins IAAF Council members Abby Hoffman of Canada, Italy's Anna Riccardi and Geoff Gardner of Norfolk Island on the body.

The Taskforce was established after Russia was suspended by the IAAF amid doping allegations in November 2015.

"The IAAF Taskforce's work is of utmost importance in rebuilding confidence in Russia whose national system has failed the aspirations of clean athletes and the integrity of competition," Coe said following the announcement.

"Their coordination with the Russian Athletics Federation (RusAF) and the monitoring of its acceptance of and adherence to the verification criteria and reinstatement conditions is crucial as we work to return athletes to international competition in a safe environment for all."

According to Le Monde, French police are probing a company linked to an influential Brazilian businessman which reportedly paid $1.5 million (£1.23 million/€1.42 million) to a firm set-up by Papa Massata Diack, the son of Senegal's former IAAF President Lamine Diack.

This allegedly took place shortly before Rio was chosen as the 2016 Olympic and Paralympic host at the 2009 IOC Session in Copenhagen on October 2.

Yemli Limited is linked to Fredericks, who referred himself to the IOC Ethics Commission when the accusations surfaced last Friday (March 3).

He claims the timing in 2009 was purely coincidental.

The accusations have cast doubt over whether he will be able to continue with his role as chair of the 2024 Evaluation Commission, particularly with the first visit to Los Angeles, which is bidding alongside Paris, due to be held from April 23 to 25.

Fredericks was a scrutineer during the vote for the 2016 Olympic and Paralympic host city in the Danish capital.

Lamine Diack was thought to be key powerbroker who influenced the votes of others.

Rio de Janeiro was subsequently awarded the Games over Madrid, Tokyo and Chicago.