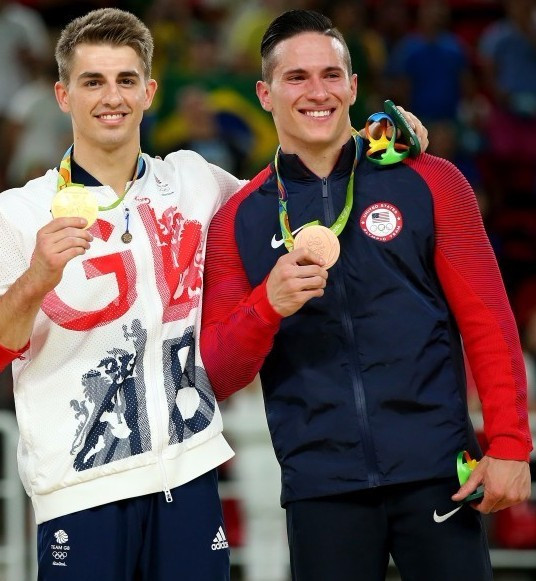 A Ryder Cup-style event between Britain and the United States Olympic team could launch in 2019 if talks later this month go well, it has been revealed.

British Olympic Association chief executive Bill Sweeney will travel to New York City to hold discussions on March 28 and 29 with the United States Olympic Committee about the idea.

It would see the countries who finished first and second in the Olympic medals table at Rio 2016 compete against each other in a number of sports.

"They’ve set up a small working group to look at it and we’re meeting up again to discuss it," said Sweeney.

"I didn’t realise at the time I mentioned it that they already have something like this with Canada in ice hockey.

"So they are used to this concept.

"The question now is to identify which sports this works best for, and speaking to those sports and our stakeholders about it."

The Ryder Cup is a biennial men's golf competition between teams from Europe and the United States.

The competition is contested every two years with the venue alternating between courses in the US and Europe.

Originally contested between Great Britain and the US, the first official Ryder Cup took place in 1927 at Worcester Country Club in Massachusetts in America.

"A number of our sports have said they are interested in doing it and the concept is based around a home and away series, every two years, as we see in the world of golf," said Sweeney.

"That will give us another opportunity to generate additional revenue that we can pump back into the system.

"So I would say it’s a very live conversation but like most things, when you try to set them up, there are lots of negotiations that need to happen.

"I was quite surprised at how quickly they said it was something they’d like to discuss."

Britain's team competing in the Ryder Cup was extended to include players from continental Europe from 1979 following several years of US dominance.

They won a total of 67 medals, 27 of them gold, their best-ever Olympic performance outside London.

The US won more than half of their gold medals in two sports, claiming 16 in swimming and 13 in athletics.

Britain's most successful sports, meanwhile, were cycling and rowing, where they won six and three gold medals respectively.

The sports selected to take part in the new event would be carefully chosen to ensure that both teams were competitive.