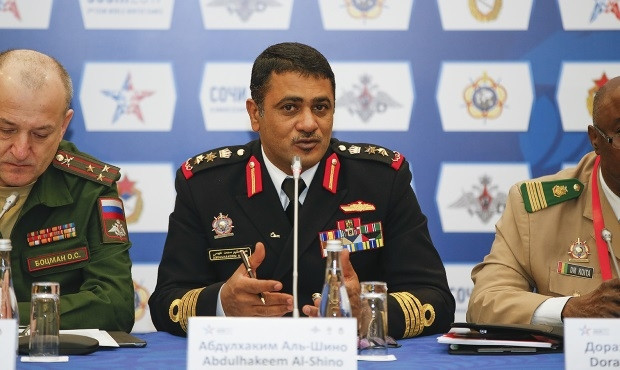 International Military Sports Council (CISM) President Abdul Hakeem Al Shino has expressed the organisation's hope that sambo will be included on the programme for future editions of the Summer Military World Games.

The next edition of the quadrennial event is due to be held in Chinese city Wuhan in 2019, when sambo could seemingly make its debut if the CISM's aspirations come to fruition.

Sambo is a martial art and combat sport, developed and used by the Soviet Red Army in the early 1920s to improve their hand-to-hand combat abilities.

The sport is similar in many ways to judo and jujutsu, but also incorporates different types of wrestling, and various self-defence systems.

"The President of Russia, Vladimir Vladimirovich Putin, is a huge sambo fan.

"We have serious intentions of including sambo in one of CISM’s events.

"Sambo is a beautiful and great sport.

"It is a unique sport in Russia, which corresponds to all military requirements.

"We hope that one day it will be included in the programme of sporting competitions of the Games."

The Summer Military World Games have been held since 1995, although Championships for separate sports had been staged for some years.

The first winter edition was organised by the Italian region of Aosta Valley in 2010.

The International Sambo Federation (FIAS) is on a mission to be recognised by the International Olympic Committee by aligning its event organisation and day-to-day management with the Olympic Movement and by following Olympic Agenda 2020.

Putin has been an Honorary President of FIAS since being elected in 1995.