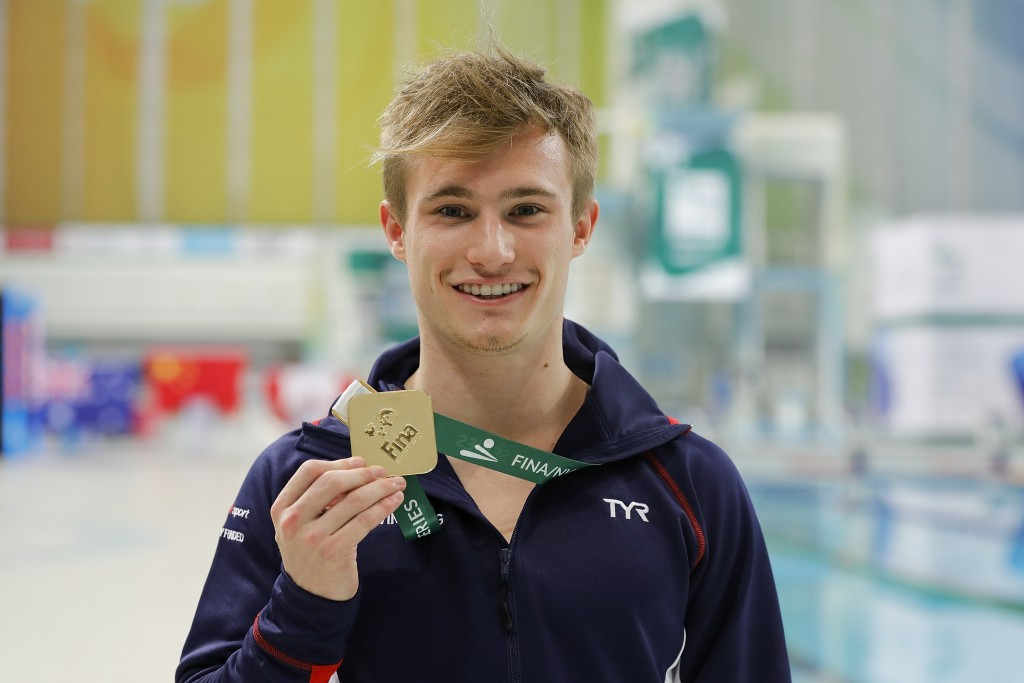 China's Xie Siyi and Cao Yuan, the Olympic champion, were second and third with 539.15 and 510.05 points respectively.

"I am very happy about today's performance," Laugher said.

"It is 10 points lower than my personal best.

"I am very happy to dive here with my favourite divers, Cao Yuan and Xie.

"In term of the scores, it is my second-best performance.

"My personal best was 10 points higher in Dubai last year."

Maddison Keeney of Australia came third with 327.85 points, while Canada’s Jennifer Abel was fourth with 316.95.

There was also success for China in mixed three metres springboard synchro event as Wang Han and Li Zheng won with 323.10 points.

Australia’s Keeney and Domonic Bedggood were second with 305.34 points, followed by Canada’s Abel and Fancois Imbeau-Dulac with 304.74.

Competition in Beijing is due to conclude tomorrow.