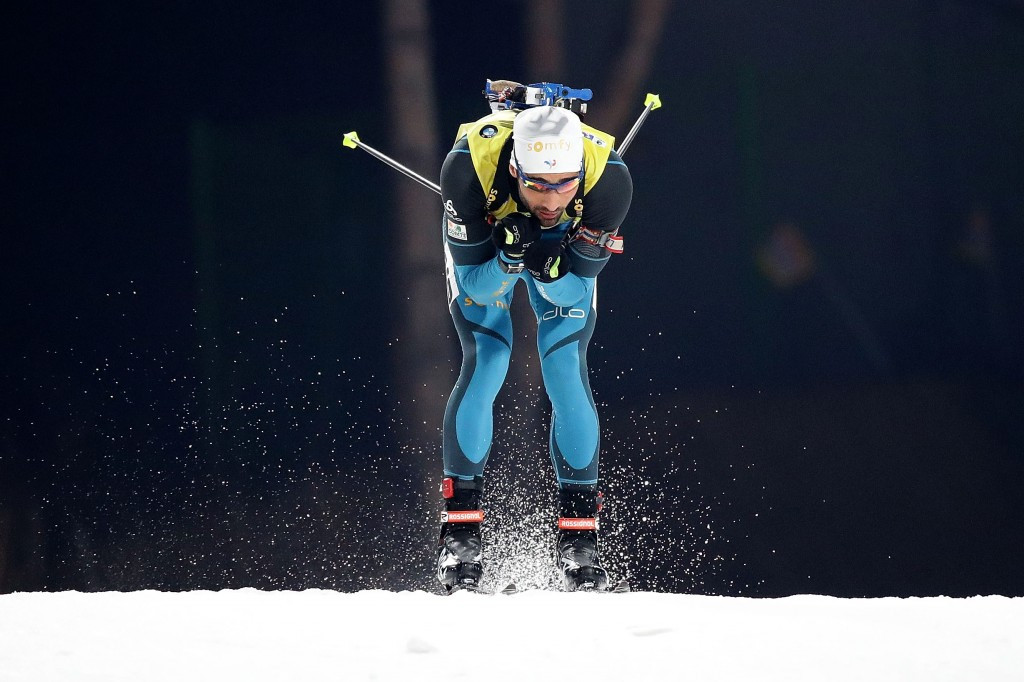 The double Olympic champion, who claimed the men's 12.5km pursuit crown at the recent World Championships, finished behind American Lowell Bailey and winner Julian Eberhard of Austria at the Alpensia Biathlon Centre.

Eberhard shot clean on his way to victory at the competition in the South Korean resort, which is doubling up as a test event for the 2018 Winter Olympic Games.

The 30-year-old completed the course in a time of 23 min 11.1sec, with Bailey, recently crowned the 20km individual world champion, crossing the line 40.7 seconds behind.

But the day once again belonged to Fourcade, whose third place result was enough for him to wrap up yet another crystal globe.

It moved him to an insurmountable score of 1,068 points, 360 in front of nearest challenger Anton Shipulin of Russia, who was 23rd today.

Despite sealing the overall title, the Frenchman admitted his performance could have been better but said he had "not forgotten he had won something bigger today".

"My standing was so disappointing," Fourcade said.

"If I make a miss, I can only blame myself.

"I missed two times today, it was too much for my 12th win this season.

"I have not forgot that I won something bigger today.

"I didn’t realise it at the finish, I was focusing on what I can do better at Olympics, but the television team told me this.”

Fourcade went on to reflect on his maiden overall World Cup triumph, which came during the 2011 to 2012 season.

“I always remember the first time in Khanty-Mansiysk," he said.

"I thought it was so difficult I can’t fight for it again.

"It means so much for me to be on my idol [Ole Einar] Bjørndalen’s level to win my sixth Globe.”

The event in Pyeongchang continues tomorrow with the women's 10km pursuit race.