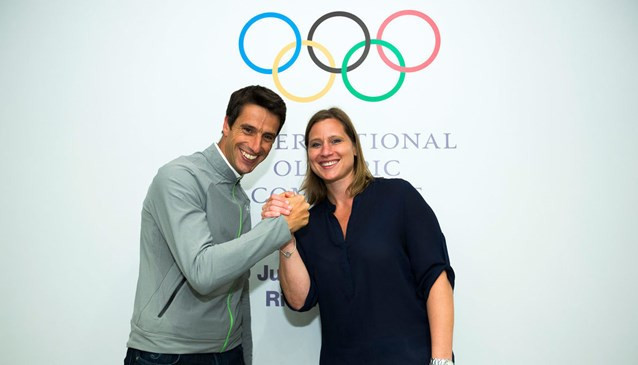 A procedure to find fresh winter sporting applicants for the International Olympic Committee (IOC) Athletes' Commission has been officially launched before elections next year.

In a update published on the Association of National OIympic Committees website, all NOCs are requested to "inform their athletes of the possibility of becoming a member of the influential Commission".

Those wishing to submit an application are encouraged to do so by April 3.

Elections are scheduled to take place during February's Winter OIympic Games in Pyeongchang.

Two athletes from two different sports will be elected.

Three IOC Athletes' Commission members are due to come to the end of their terms next year.

Among them is United States' Angela Ruggiero, the four-time Olympic ice hockey medallist who is currently the body's chair.

Britain's skeleton athlete Adam Pengilly, the only IOC member to oppose last year's decision not to hand Russia a blanket ban from the Rio Olympics, and China's short track speed skater Yang Yang are also due to stand down.

Yang was appointed a member in 2010 rather than being voted onto the panel.

The IOC document also suggests changes are being made to the selection process as part of their Agenda 2020 reforms.

insidethegames has contacted the IOC to ask what exactly these are.

It is expected that China, Britain and United States will be among those to propose new members.

Every country is free to propose a member except for those who have another representative already in the Commission.

Canada's former ice hockey star Hayley Wickenheiser is the only other winter representative after being elected during Sochi 2014.

However, there does remain another vacancy after Norway's Ole Einar Bjørndalen resigned his position last year.

The biathlon superstar was elected alongside Wickenheiser in 2014, but proved unable to perform an active role after abandoning his sporting retirement plans.

It is possible that those who finish third and fourth in next year's election could also be proposed to replace Yang and Bjørndalen.

France's vice-chair Tony Estanguet is widely expected to replace Ruggiero as head of the body.