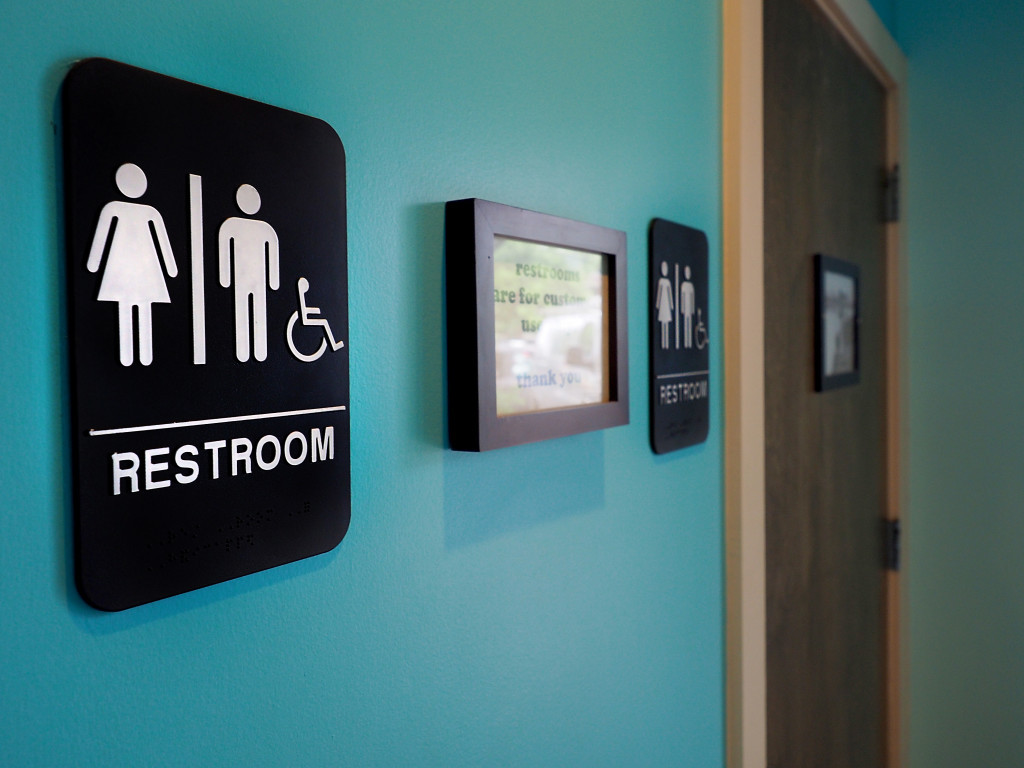 Tokyo's Metropolitan Government is planning to install gender-neutral bathrooms in the venues it is constructing for the 2020 Olympic and Paralympic Games.

Facilities suitable for both men and women have existed for several years in the country, called daredemo toire.

This translates to "everyone's toilets".

They have previously been designed as larger spaces which can also accommodate people in wheelchairs.

Smaller compartments for both genders, that can accommodate two people but not wheelchairs, are under consideration according to The Asahi Shimbun.

They are designed for use by both men and women, as well as people with disabilities who do not use wheelchairs.

The aim is to reduce possible queues at venues, with the move seen as a boost for transgender people.

"Along with the effort to increase the number of public toilets, it is also important to raise people's awareness that those who do not look like a typical man or woman can use a toilet," she said.

The installation of at least one of the toilets has been planned for seven of the 11 venues that are being built.

However large facilities, including the Ariake Arena where volleyball and wheelchair basketball games will be played, could see more than one installed.

The news comes just a week after American President Donald Trump reserved a piece of federal guidance requiring transgender students to have free access to bathrooms and changing facilities matching their gender identity.

The Barack Obama administration introduced the guidance in response to confusion over how schools should accommodate transgender students.

The change has provoked outrage among civil rights groups who claim it sanctions the bullying and isolation of children.