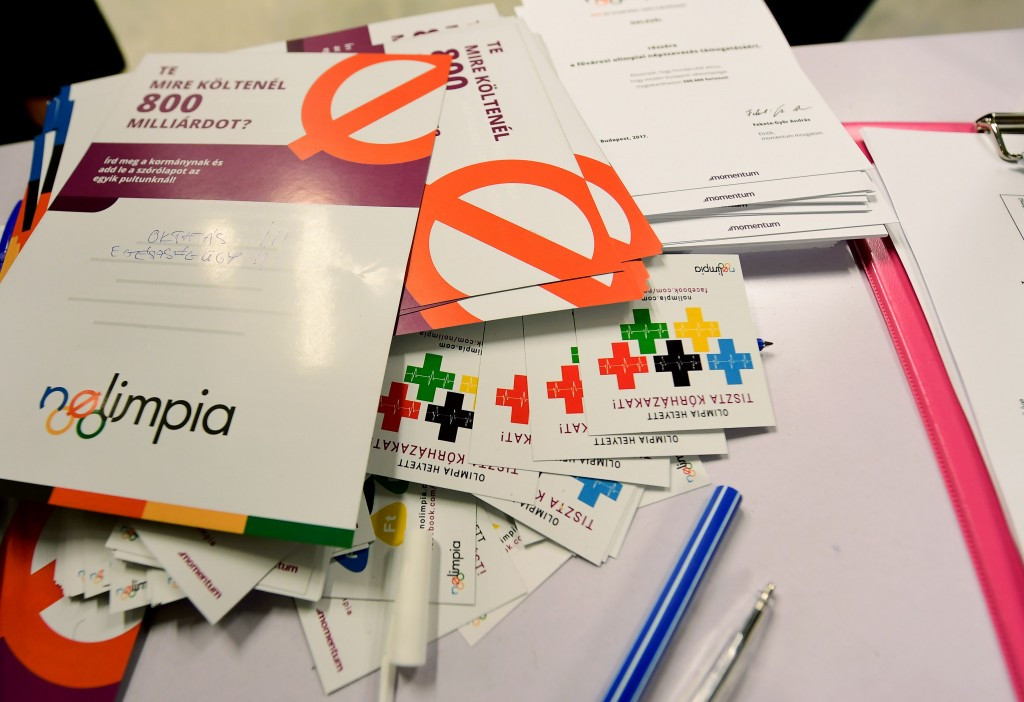 Budapest's City Assembly has voted to officially withdraw the Hungarian capital's bid to host the 2024 Olympic and Paralympic Games.

The vote had been widely expected after Budapest 2024 confirmed their bid was to be axed last week, and leaves Paris and Los Angeles as the only two cities in the running.

A total of 22 members of the Assembly voted in favour with six against.

A petition from campaign group Momentum Mozgalom, which called for a referendum on the bid, received more than 250,000 signatures and prompted Government officials to withdraw the plans following a meeting between the Hungarian Prime Minister Viktor Orbán, the city's Mayor István Tarlós and the Hungarian Olympic Committee (MOB).

"Everything that is going on is no longer about sports," said Tarlós following today's meeting.

"The saddest thing is what kind of image the country is creating itself abroad with this circus surrounding the Olympics."

Budapest 2024 chairman Balázs Fürjes said on Friday that formal procedures to close the bid had begun following Momentum Mozgalom collecting 266,151 signatures in favour of holding a public vote on their attempt at securing the hosting rights for the Games.

Opponents had claimed the money would be better spent on education, healthcare, housing, living standards and transport.

Fürjes claimed on Tuesday (February 21) that a final decision on whether the Hungarian capital will remain in contention was still a few weeks away.

A day earlier, though, he admitted that the city's efforts to stage the Games might be coming to an end after Momentum Mozgalom’s "NOlimpia" campaign gathered considerably more than the 138,000 signatures needed to trigger a referendum.

The decision to withdraw the bid was fiercely criticised by Orbán, who blamed "political upstarts" for killing the bid in an interview with a state radio station.

Fürjes admitted that the Bid Committee were deeply disappointed that they would not be on the start line at the International Olympic Committee (IOC) Session in Lima while adding there was "no greater honour" than hosting the Games.

Reacting to the withdrawal last week, the Budapest 2024 Athletes' Committee said it was "impossible to explain how sad and disappointed we are" that the bid would not be continuing.

They claimed, however, that they "remain hopeful that it will not be too long before the Hungarian capital launches another bid".

Budapest's withdrawal has caused concerns over the future of the Olympic Games bidding process.

They follow Hamburg and Rome in pulling out of the race for the 2024 event, with only two cities remaining in contention to host the Games.

In October, Rome's bid was "suspended" after the Italian capital's new Mayor Virginia Raggi refused to support it before it was officially declared dead last month.