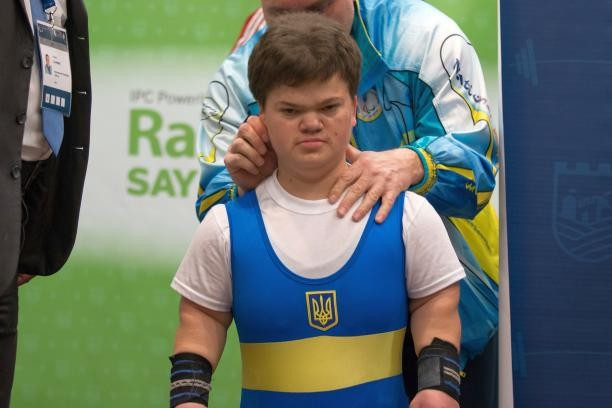 Ukraine's Mariana Shevchuk returned to the scene of her doping controversy last year to claim the gold medal at the 2017 Powerlifting World Cup in Dubai today.

Shevchuk, a European Open bronze medallist, won the women’s up to 55 kilograms category today at the Dubai Club for the Disabled.

The Ukrainian, however, was stripped of her junior world record in June last year following a positive test for meldonium but faced no further action after a no fault or negligence verdict was reached in her case.

She had lifted a junior world record total of 109kg at this event last year but it was later ruled out.

Today Shevcuk managed a best lift of 106kg to finish clear of Egypt’s Omaima Omar, second with a best attempt of 98kg.

Martina Barbierato of Italy was third with 86kg.

Algeria’s Hocine Bettir was the winner in the men’s up to 65kg competition with a best performance of 178kg.

The 26-year-old took control of the bench from the first round, leading throughout the competition with three good lifts.

Poland’s Marek Trykacz was second on 176kg, edging Egypt’s Mahmoud Attia by a kilogram in the third round.

Mohammad Tarbash improved on his second place finish from last year's World Cup in Dubai, winning the men’s up to 59kg.

The Jordanian has managed to move up the podium every year since his World Cup debut in 2015, when he finished third, and clinched the gold medal today with a best lift of 172kg.

Kyrgyzstan’s European Open bronze medallist Esen Kaliev completed a successful move from the men’s up to 54kg with a second place finish.

Ukraine’s Ruslan Korchynskyi made an unsuccessful third round attempt at 167kg but rounded off the top three with a best of 160kg.

In the junior competitions today there were two world records.

Kazakhstan’s Akzhol Zharylgapov left with the boys' up to 59kg gold following a world record lift of 100kg.

Competition is due to continue tomorrow with the men’s up to 72kg and 80kg competitions along with the women's up to 61kg and 67kg events.