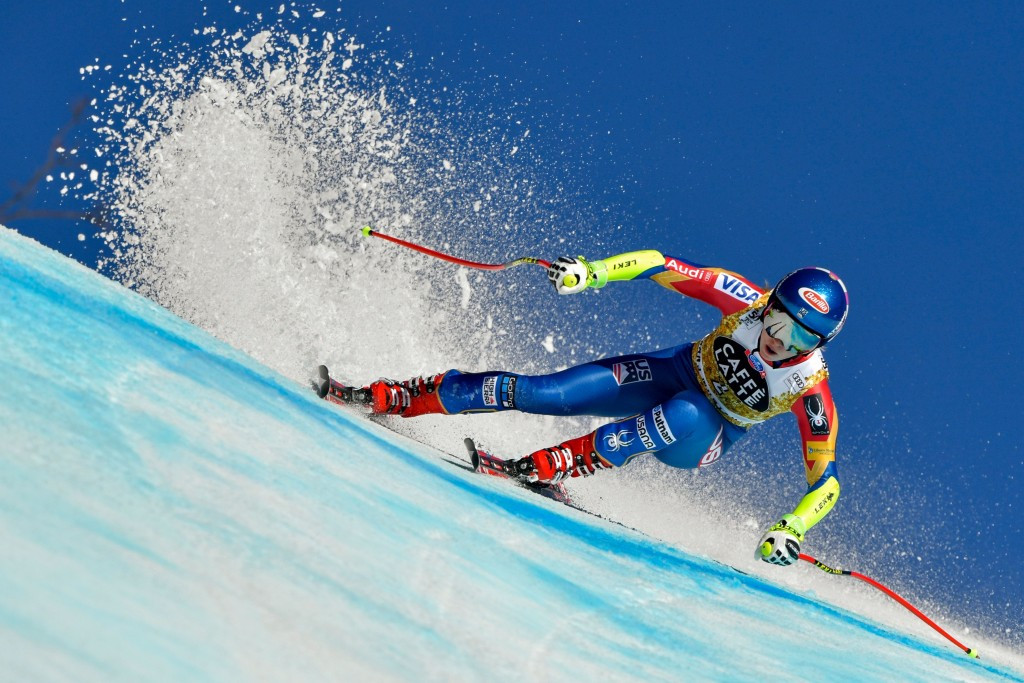 Slovenia's Illka Štuhec cut the gap to Shiffrin to 258 points with nine events remaining yesterday with her success in the super-G, but the American responded by claiming a victory of her own.

The 21-year-old was 0.70 quicker than second-placed skier Federica Brignone of Italy, who finished in 2:07.86.

Shiffrin now leads the overall World Cup standings by 298 on 1,323 while Štuhec remains in second on 1,025, with  Switzerland's Lara Gut, who suffered a season-ending injury at the recent World Championships, third on a total of 1,023.

"At the top I was actually a little bit nervous for the slalom and a little bit tired and I was like 'wake up your legs and go,'" Shiffrin said.

"I made this little bit of a mistake on the fourth gate but then from there on out the timing was there and everything was moving forwards.

"I'm happy with the progress I made from yesterday in the super-G portion and yeah of course happy with the slalom and excited to have a win and to take my overall lead into the U.S. races."

There was also men's World Cup action today as Italy's Peter Fill won his first super-G event in Kvitfjell in Norway as he finished in 1:32.83.

The Italian, who finished second yesterday, edged Hannes Reichelt of Austria who took second in 1:32.93 while Canada's Erik Guay, who claimed the super-G World Cup title in 2010, was third in 1:33.06.

"It was a long wait for me to get the first super-G win, but I'm really happy," said Fill.

"I made a great run, no mistakes and everywhere a good line and good speed.

"It was perfect for me today.

"The whole form for the season was good, but now, in the first downhill here in Kvitfjell, I was really bad, no speed and a lot of mistakes but yesterday and today was great."

Women's World Cup action now moves to Jeongseon in South Korea on March 4 and 5 while the men's competition resumes in Kranjska Gora in Slovenia.