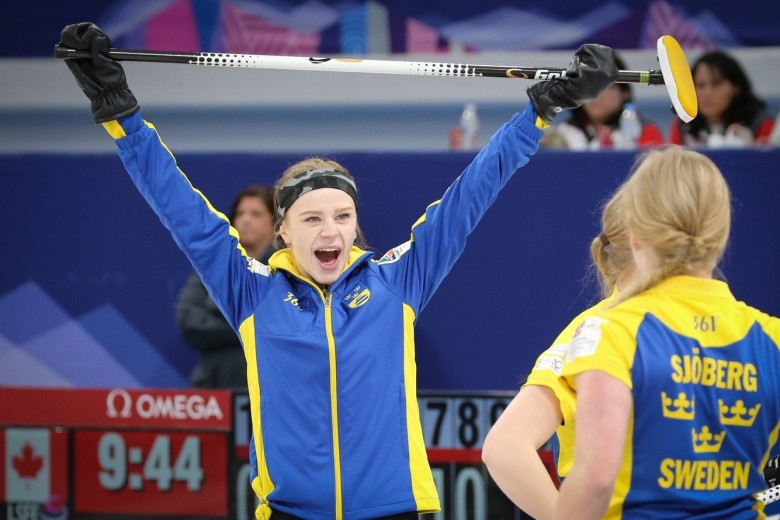 Sweden overcame Scotland in the final of the women's competition at the World Junior Curling Championships in the Gangneung Indoor Ice Rink today.

The Swedes, skipped by Isabella Wranaa and made up of Jennie Waahlin, Almida De Val, Fanny Sjoeberg and Maria Larsson opened the scoring with a single point in the first end.

Scotland responded in the second with a point of their own before Sweden regained the lead with two points in the third.

The Scots responded emphatically, taking three points in the fourth end to make the score 4-3.

Sweden then replied with three points of their own in the fifth end, before stealing two in the sixth end, giving them an 8-4 lead.

The Scots took two points in the seventh end but Sweden scored another two in the eighth in a decisive tight play to make the score 10-6.

Scotland scored a single in the ninth but, despite playing a tenth end, were unable to make up the deficit and conceded the game at 7-10.

“I can’t really believe it yet, but it will soon come to me I think," said Swedish skip Isabella Wranaa.

"I think when we stole two was a huge turning point and then when we went to the tight part to get another two in the eighth was another big event for the game.

"The fact that our fans flew over here just to see us play is fantastic.

Earlier in the day, Scotland defeated Canada to advance to the gold medal match.

But the Canadians ended the competition on a high defeating hosts South Korea 6-3 to secure the bronze medal.

In the men's competition, South Korea defeated Scotland 11-4 to advance to tomorrow's gold medal match against the United States.

The Scots will now contest the bronze medal against Norway on the final day of competition tomorrow.