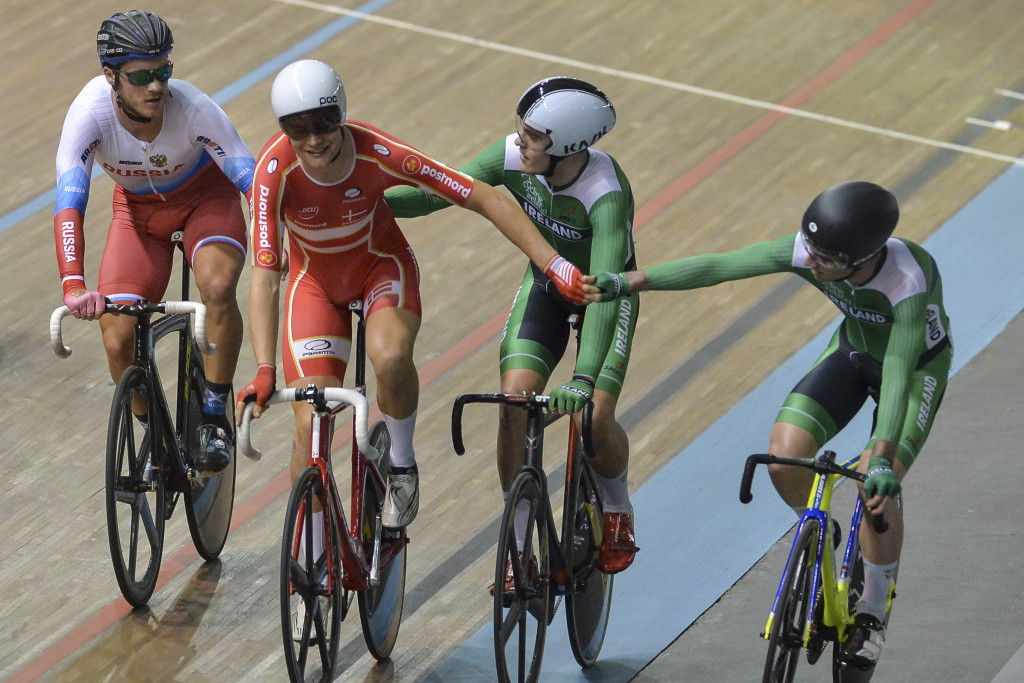 Action will take place at the StubHub Center’s Velo Sports Center, which will be the track cycling venue used at the 2024 Olympics if LA win hosting rights, with competition being held over two days.

Male riders will also be battling for success in the 15km scratch race and omnium.

In the women’s competition, the Keirin is on the agenda with the lead currently being held by Ukrainian Liubov Basova, who with 2,950 points is 420 in front of Germany’s Kristina Vogel, the reigning world champion.

Team races are also on the women’s schedule for the opening day as the sprint and pursuit contests take to the track.

On Sunday (February 26), it will be the turn of the men in the team sprint competition and also the keirin while a Madison 30km race will also be staged.

A busy day of racing for the female is in store on Sunday with four titles up for grabs.

Vogel, who scored three wins at the previous stage in Cali, will be looking to maintain her form in the sprint, one of her competitions she had success in Colombia.

Women’s individual pursuit, scratch 10km and Madison 20km will also be held at the velodrome.

After the World Cup season finishes, focus will switch to the 2017 World Championships due to take place in Hong Kong between April 12 and 16.