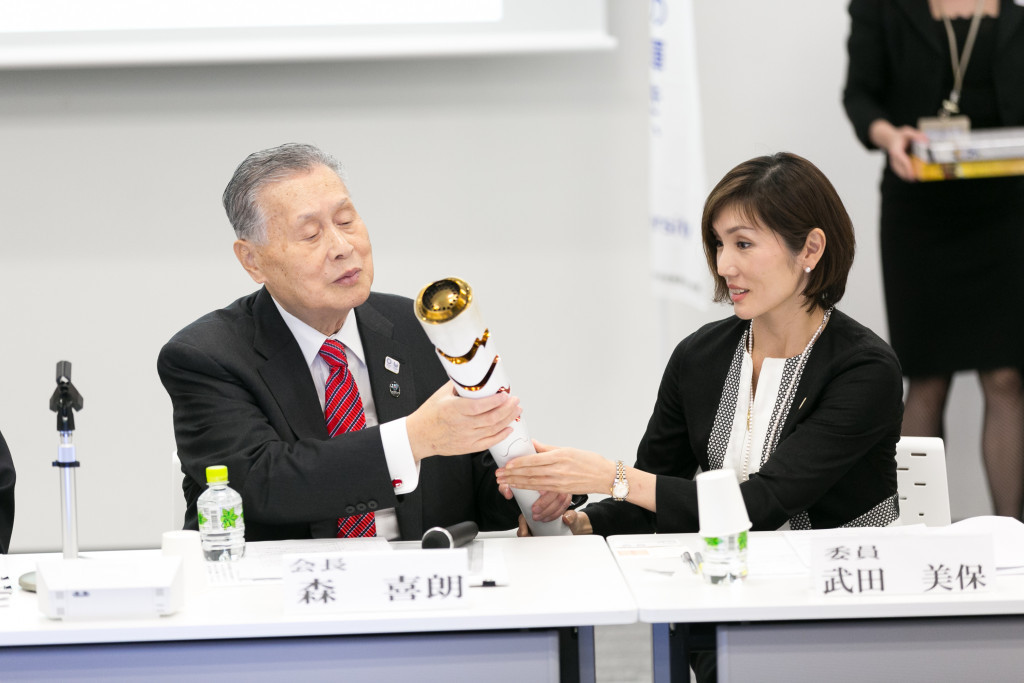 The commission aims to submit the concept of the torch relay to the International Olympic Committee (IOC) in August.

Composed of 18 members, the commission is being chaired by Tokyo 2020 chief operating officer Yukihiko Nunomura.

Among the other members are Miho Takeda, five time synchronised swimming Olympic medallist and Junichi Kawai, who has won 21 Paralympic Games swimming medals including five golds.

The first meeting of the commission was held today.

“The torch relay will be a core content of the Games," said Tokyo 2020 President Yoshiro Mori, who was in attendance at today's meeting.

"We want the torch going all over Japan especially around the disaster-affected areas as much as possible.

"Therefore we expect the commission members to come up with and share ideas to make this happen.”

In a speech last year, Mori vowed to ensure the Olympic and Paralympic Games Torch Relay visits a number of disaster-hit areas across Japan.

Mori, a former Japanese Prime Minister, also hinted that the Olympic Cauldron from the Games in the capital city may find its final resting place in a region hit by tragedy during a keynote speech at the World Forum on Sport and Culture here today.

It comes after International Olympic Committee (IOC) President Thomas Bach and Japan’s Prime Minister Shinzō Abe agreed that Fukushima, which was devastated after being struck by one of the worst natural disasters to ever hit the country in 2011, should host events at the Tokyo 2020 Olympics.

The area was decimated when an earthquake and tsunami caused a nuclear accident at the Fukushima Daiichi Nuclear Power Plant, with over 16,000 people losing their lives.

It was announced earlier this week that Tokyo Governor Yuriko Koike has renewed concerns that the budget for the Olympic and Paralympic Games could balloon to ¥3 trillion (£21.3 billion/$26.5 billion/€25.2 billion) and urged organisers to ensure it does not spiral out of control.

Sje conceded the budget may eventually grow to four times the initial estimate.

The Australian said the mooted budget for the Games in the Japanese capital risked giving future Olympic candidate cities the "wrong impression".