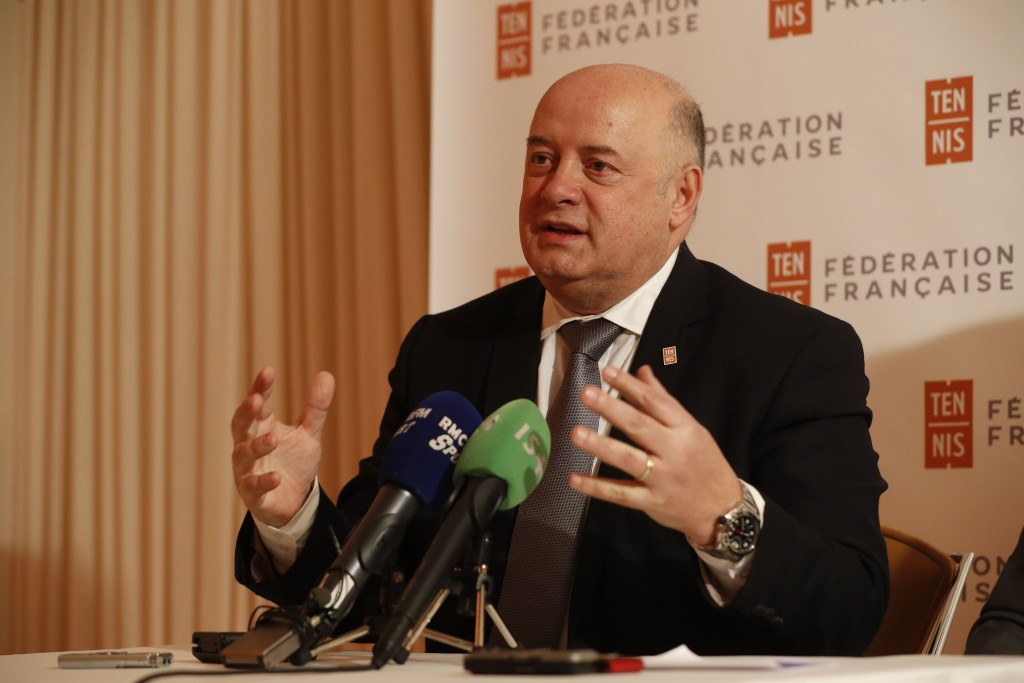 Bernard Giudicelli has been elected to replace Jean Gachassin as the President of the French Tennis Federation (FFT).

Giudicelli will serve a four-year term in the role after he received a total of 897 votes, with his main rival Jean-Pierre Dartevelle claiming 831 at the organisation's General Assembly in Paris.

Alexis Gramblat also stood for the position but he did not collect any votes.

The 59-year-old, a former general secretary of the FFT, succeeds Gachassin, who had been in charge of the governing body since 2009.

Gachassin, who announced he would not seek another term as FFT President in 2015, remains the subject of an enquiry concerning claims he helped sell tickets for the French Open at Roland Garros, one of the four Grand Slams, for five times more than their price.

It is claimed the ex-FFT head ceded between 250 and 700 tickets a year for the annual event on the iconic red clay in the French capital and then sold them at face value to an agent.

Giudicelli and Dartevelle have also been implicated in the scandal but all three deny any wrongdoing.

The new President's election has been met with a mixed response in France, with Gramblat telling Le Monde that Giudicelli being at the helm was "dangerous" for the future of the organisation.

Others, however, dispute the suggestion that Giudicelli is the wrong man for the job.

"Those around him are men and women of character," running mate Stephan Post was quoted as saying by Le Monde.

"If, as legend has it, he was a dictator and a head cutter, we would not be with him."

Giudicelli will be expected to address a number of issues during his time as FFT President, including overseeing the implementation of redevelopment plans at Roland Garros, which will be used if Paris wins its bid for the 2024 Olympic and Paralympic Games.

The proposals were given the green light earlier this month, with the development of the venue, featuring a new roof on the showpiece Philippe Chatrier Court and a new 5,000-seater court, set to cost around €397 million (£335 million/$417 million).

The plans have attracted fierce criticism from environmental groups, however.