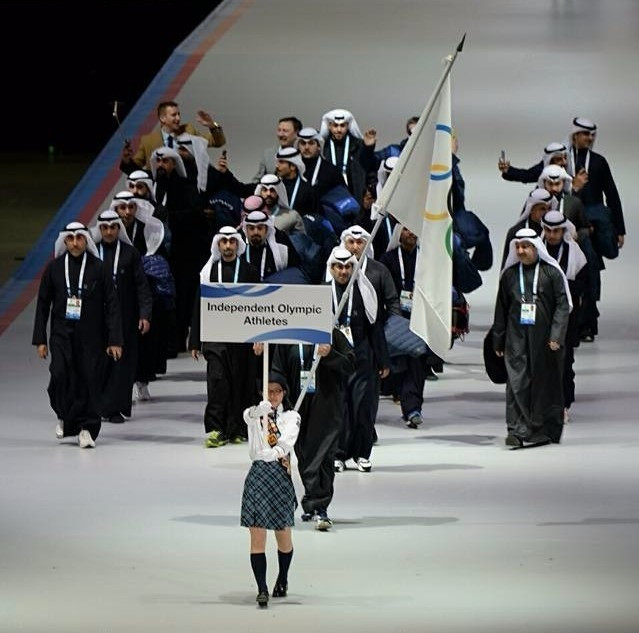 Conflict between Kuwait and international sport appears set to continue, despite the resignation of the Minister responsible for laws violating the Olympic Charter, insidethegames understands.

Sheikh Salman Sabah Al-Salem Al-Humoud Al-Sabah stepped-down from the position of Minister of State for Youth Affairs earlier this month, two days before he was due to face a Parliamentary vote of no confidence.

It came after 32 of the Gulf state’s 50 lawmakers had indicated they would vote against him.

Commercial policies, including changes to media contacts are thought to have played a decisive role in reducing his support, but opposition to his sporting policies was also a significant factor.

Al-Roudan is also the Minister of Commerce and Industry and has added sport to his portfolio of responsibilities since Sheikh Salman's departure.

"Nothing has changed so far," one Kuwaiti sporting official told insidethegames.

"He used to be part of Sheikh Salman's team and is not making the required changes."

Sheikh Salman, a cousin of Olympic Council of Asia (OCA) and Association of National Olympic Committees President Sheikh Ahmad Al-Fahad Al-Sabah, was responsible for a controversial 2015 law which intervened in the Kuwait Olympic Committee and other National Federations.

It also ended Kuwait's compliance with the Court of Arbitration for Sport and the World Anti-Doping Agency.

The country was suspended by the IOC in October of that year for Government interference.

FIFA and numerous other International Federations have also suspended them.

Kuwaitis were forced to participate as Independent Olympic Athletes at Rio 2016 - where shooter Fehaid Al-Deehani claimed a double trap gold medal - and are doing so again at the Asian Winter Games here.

The country has also been excluded from the final round of qualification for the 2019 Asian Cup due to the suspension.

A businessman who is founder and vice-chairman of the Senyar Marketing & Branding Company, Al-Roudan is already a leading figure in Kuwaiti football.

He has been head of the Organising Committee of the Al-Roudan Tournament since 2007, an indoor event which has featured dozens of global stars including Zinedine Zidane, Alessandro Del Piero and Diego Costa.

According to a biography published on the website of the Kuwait Direct Investment Promotion Authority, Al-Roudan is also an "honor member" of teams including Atlético Madrid, Barcelona and Inter Milan.

He is currently a leading figure in the move to privatise football clubs away from the control of the Kuwait Football Association and other sporting authorities.

This includes lobbying for Government funding to help clubs recruit players, although this has been made harder since the FIFA ban because Kuwait is now excluded from the global transfer monitoring system.

Al-Roudan was also among the Kuwaiti clubs delegation which unsuccessfully attempted to lobby FIFA to lift its suspension at last year’s Congress in Mexico City.

He and others have called on the IOC to lift the suspension and claim they are in the process of reforming the sports laws.

Sheikh Salman was thought to be partly motivated by revenge after he blamed Sheikh Ahmad for his defeat in the race to be President of the International Shooting Sport Federation in 2014.

He was outvoted by Mexican incumbent Olegario Vázquez Raña after insidethegames exclusively reported beforehand that he he had been using his Government position to try to influence voters.

But the lack of immediate change since his departure shows that the sporting-politics dispute is more than simply a battle between a few key individuals.

Athletes competed at the inaugural Summer Youth Olympics in 2010 in Singapore independently under the Olympic Flag before the suspension was lifted before London 2012 after a promise of change from the ruling Emir Sabah Al-Ahmad Al-Jaber Al-Sabah.

The problems have also impacted the OCA and led to the loss of their new headquarters building just two years after it opened in 2014.

A longstanding contract to maintain their base in Kuwait City was terminated by the Government in November last year and negotiations are to continue over whether they can resurrect it.

OCA officials are currently working elsewhere in the country, insidethegames understands, while the continental body are in the process of opening other regional headquarters.

One in Jakarta has already come into operation while another is due to be officially unveiled in Thailand capital Bangkok on Tuesday (February 28).

Others are expected to follow in Almaty, Kazakhstan and Delhi in India.