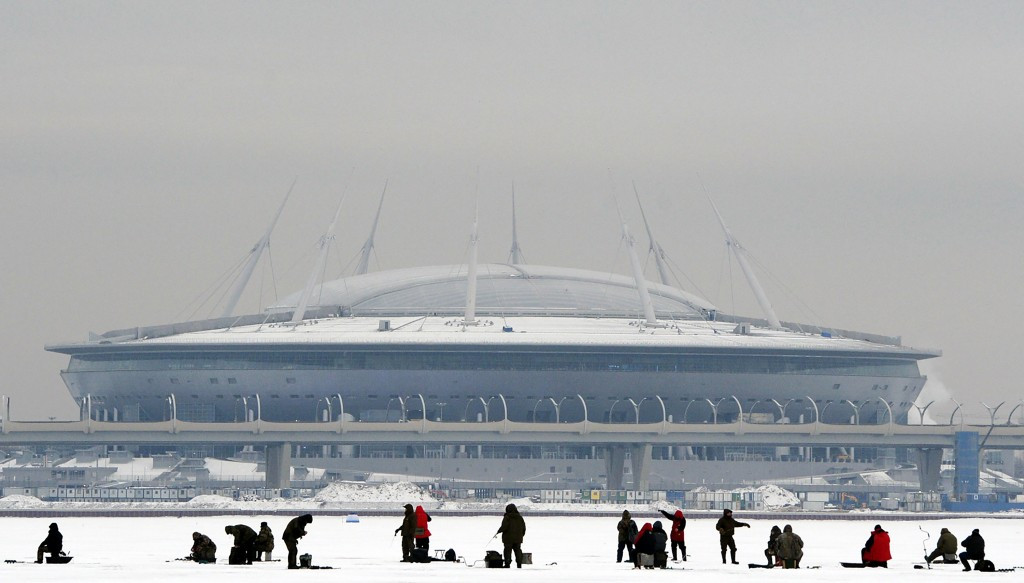 A FIFA delegation is due to make its fifth operational tour of stadiums for the 2018 World Cup in Russia next week.

The visit, the last prior to the 2017 Confederations Cup, an event widely viewed as a rehearsal for next year’s World Cup, is scheduled for February 27 to March 3.

The delegation from world football’s governing body are set to view the four stadiums due to host the Confederations Cup from June 17 to July 2.

They are the Otkritie Arena in Moscow, Saint Petersburg’s Krestovsky Stadium, the Fisht Olympic Stadium in Sochi and the Kazan Arena.

While in Moscow, delegation members will make a virtual tour of other stadiums sheduled to stage matches during the 2018 World Cup.

In December of last year, it was announced that a first match is due to held in April at the new Krestovsky Stadium.

This came as FIFA delivered their blessing to the venue amid several cost and construction-timetable overruns.

The Stadium has received criticism for a rising budget that has increased to a current projection of around ₽41 billion (£571 million/$714 million/€677 million).

A new constructor, Metrostroy, was appointed in August.

FIFA had initially expressed concerns before a solution was found.

A Russian Premier League clash between Zenit St. Petersburg and FC Ural Ekaterinburg is due to take place at the 68,000 seater Stadium on April 23.

It is hoped two more Zenit matches will then take place in May.