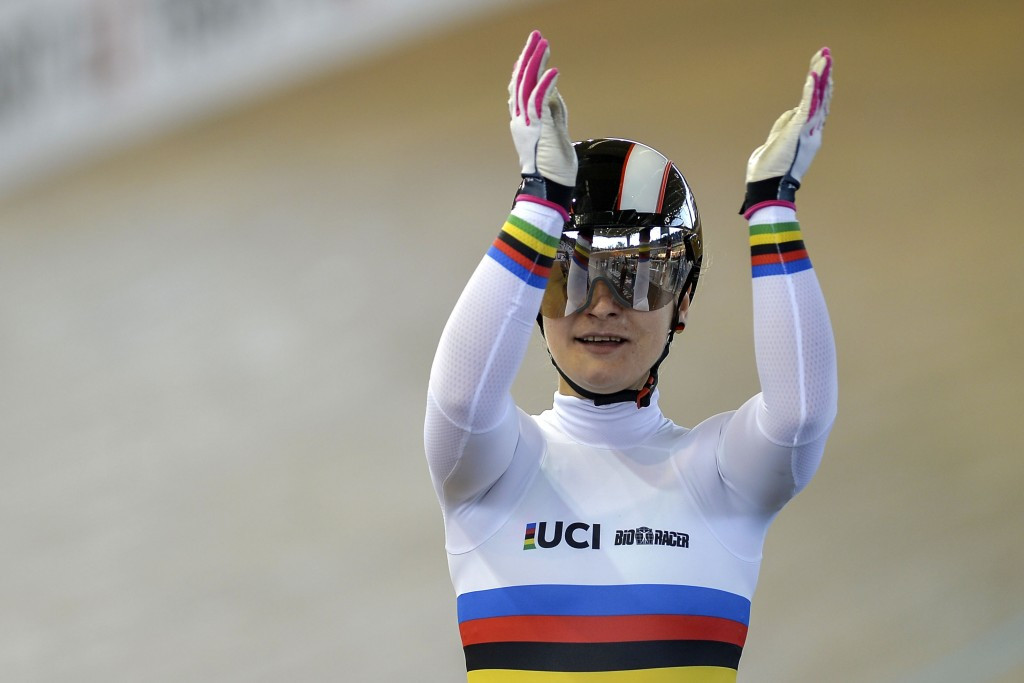 Kristina Vogel completed a hat-trick of victories at the International Cycling Union (UCI) Track World Cup in Cali to help Germany conclude the event top of the standings.

Completing her busy schedule at the World Cup, Vogel was aiming to add women’s keirin gold to her victories in the individual and team sprints.

The reigning world champion advanced through the early rounds and would maintain her form in the final, crossing first.

She would end just 0.097 clear of Colombia’s Martha Bayona, who claimed the host nation’s second medal of the World Cup.

The podium was rounded off by Belgium’s Nicky Degrendele, after she finished 0.243 off Vogel’s pace.

Australia’s Amy Cure would have arguably the busiest and most successful final day of the event, as she secured gold medals in two events.

She was first part of the Australian team pursuit line-up, which also contained Ashlee Ankudinoff, Alexandra Manly and Rebecca Wiasak.

They won the event in a time of 3:59.475, with Italy two seconds off their pace in the gold medal ride.

Cure would then triumph in the women’s points race, with the Australian securing 20 points for gaining a lap on the rest of the field.

It would prove enough to fend off the challenge of the United States’ Sarah Hammer and Italy’s Simona Frapporti.

They would round off the podium, having earned 15 and 13 points respectively.

Two men’s sprint event were contested on the final day of action, with the kilometre time trial preceding the individual sprint.

Poland’s Krzysztof Maksel was crowned the victor, clocking a time of 1:00.814 for his kilometre effort.

Maximilian Dörnbach was the Polish rider’s closest rival, as the German completed his ride in 1:01.084.

Dmitriev’s compatriot Pavel Yakushevskiy clinched the bronze, triumphing in both races against Sebastien Vigier of France.

The Colombia leg of the World Cup season was brought to a close by the men’s Madison, with Denmark’s Casper Von Folsach and Niklas Larsen winning by scoring 64 points.

Ireland and Russia would claim the remaining medals, securing 55 and 32 points respectively.