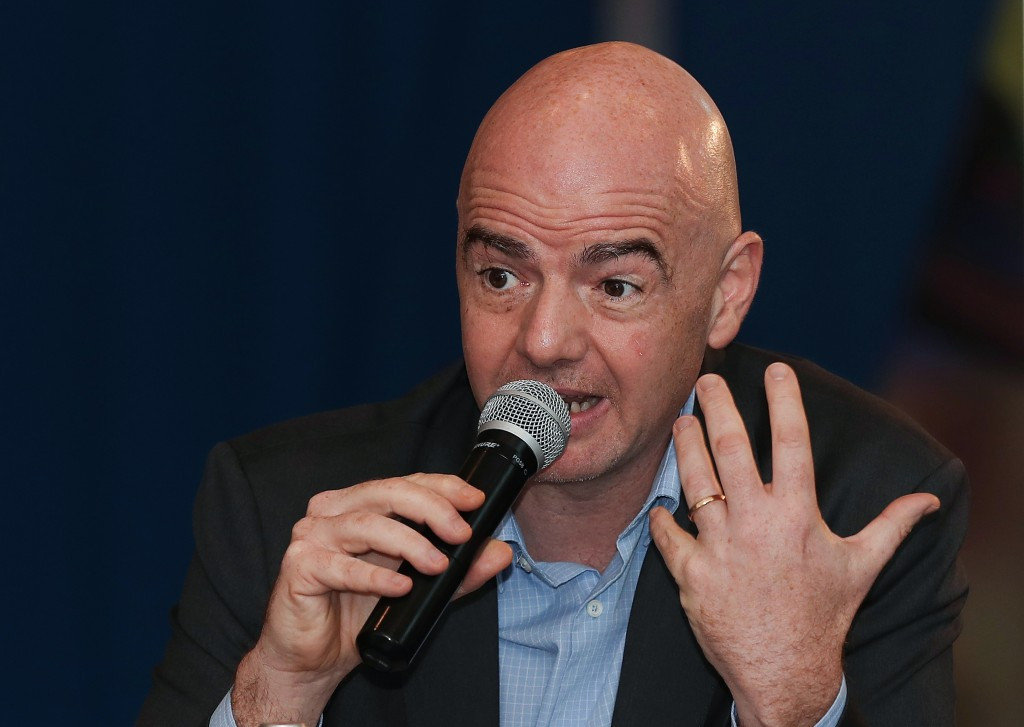 FIFA President Gianni Infantino has played down the concerns about the threat of hooliganism at next year’s World Cup in Russia, despite numerous incidents involving the country's supporters at the 2016 European Championship in France.

Brawls between the Russian and English before their Group B clash on June 11 in Marseille were the most serious.

One England fan, Andrew Bache, was left in a coma after being attacked by Russian fans with iron bars prior to the match.

However, Infantino has said that he is not concerned about trouble and violence in 2018.

"I have full confidence in Russian authorities, they are taking this matter very, very seriously," he said during a visit to Doha in Qatar, where the 2022 World Cup is scheduled to take place.

"They have been in contact with UEFA and French organisers to learn the lessons from France and this matter is being taken in the utmost seriousness by all," he said.

"As part of this, the Russian Government has put in place an ID system which will help us when it comes to any potential trouble.

"We need to be wary about spreading rumours about hooligans."

This included three men who were subsequently charged, all of whom were reportedly leading members of a group called the Russian Fans' Union.

The Russian Football Union were charged by continental governing body UEFA with crowd disturbances, racist behaviour and setting off fireworks.

One Russian fan, speaking as part of a BBC documentary to be broadcast today, said trouble is "100 per cent guaranteed" at the 2018 World Cup.

Infantino also reiterated that he hoped to see video referees used at the tournament.

"The proposal on the table is about using video technology to help referees," the Swiss-Italian said.

"I’m really hopeful that for the World Cup in 2018, we can have a video system to help the referee take the right decisions."

Looking ahead to the 2026 World Cup, Infantino revealed the tournament could be split between up to four countries.

The bidding process has yet to begin for the competition, which FIFA agreed last month will comprise of 48 teams.

"We will encourage co-hosting for the World Cup because we need FIFA to show we are reasonable and we have to think about sustainability long-term," Infantino said.

"It is perfectly in line with our sustainability and legacy to maybe bring together two, three, four countries who can jointly present a project with three, four, five stadiums each.

"We will certainly encourage it.

"Ideally the countries will be close to each other."

This could pave the way for a joint bid from Canada, Mexico and the United States.

In October of last year, Confederation of North, Central American and Caribbean Association Football (CONCACAF) President Victor Montagliani admitted there would be an "opportunity for a regional bid" from the three countries.

He said he expected formal discussions to begin "when FIFA releases its rules and regulations" related to the bid.

FIFA has only ever held one joint World Cup, in Japan and South Korea in 2002.

Three of the last five European Championships have been staged across two nations with Belgium and The Netherlands co-hosting in 2000, Austria and Switzerland in 2008 and Poland and Ukraine in 2012.