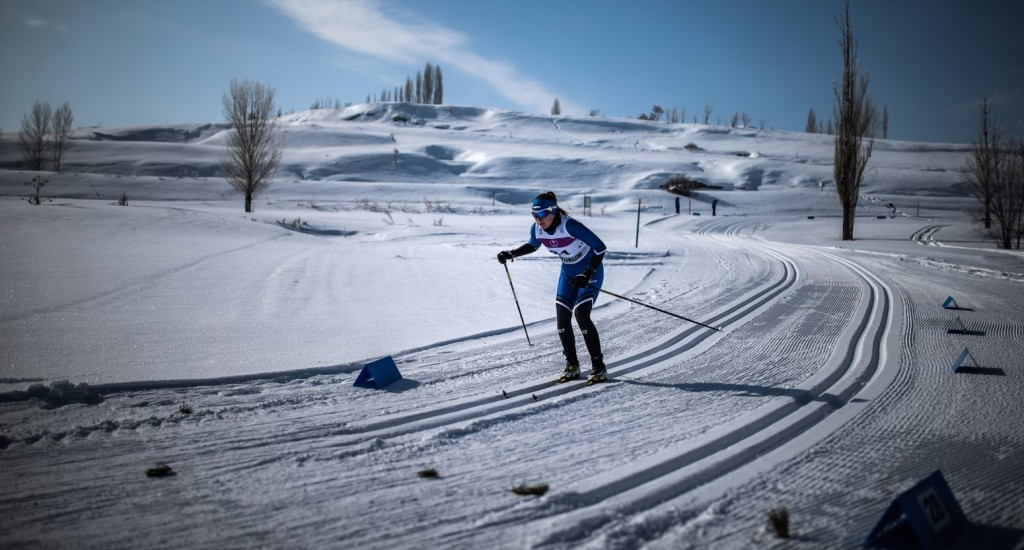 Russia dominated today's cross-country skiing at the Winter European Youth Olympic Festival (EYOF) in Erzurum in Turkey after they won both the boys' and girls' freestyle sprint events.

Elena Kucheva crossed the line first in the women's final in a time of 2min 32.25sec to start an emphatic day for Russia at Kandili.

Zuzana Holikova of the Czech Republic took second more than three seconds behind in 2:35.57.

Finland's Jasmin Kahara rounded out the podium in a time of 2:36.11, narrowly edging Melissa Gal of France by 0.2 seconds.

Further Russian success followed in the boys' freestyle sprint event as Andrei Nekrasov took gold in a time of 2:10.24.

He was joined on the podium by his compatriot Aleksandr Terentev, who took third in 2:11.68, while Finland's Miska Poikkimaki finished in between the two Russians in second on 2:11.42.

Vinatzer coasted to victory, finishing more than three seconds quicker than his nearest rival in a time of 1:40.77.

Croatia's Leon Nikic took second in 1:44.19 while Frenchman Augustin Bianchini secured the bronze medal as he crossed the line in a time of 1:44.81.

The second day of short track speed skating action brought further success for Russia as Vera Rasskazova dominated the field in the A final of the girls' 500 metres event.

Rasskazova had already secured 1,500m gold this week and added a second title to her tally as she posted a time of 45.716.

The Russian finished a sublime 10 seconds quicker than Georgie Dalrymple of The Netherlands, who took second place in 55.951.

Completing the top three was Melissa Tunno of Italy with her time of 56.446.

In the boys' 500m, Salvijus Ramanauskas won Lithuania's first medal of any colour as he took gold in a time of 43.242 in the A final.

Following agonisingly behind in second place by 0.172 seconds was Luxembourg's Peter Murphy, who won 1,500m gold yesterday, in 43.414.

Diane Sellier of France finished in third place as he crossed the line in 43.703.

France dominated the only snowboard competition today as the team of Agathe Sillieres and Lucas Cornillat were victorious in the mixed team snowboard cross competition.

They crossed the line first in the big final in front of the second French pair in the competition, Kim Martinez and Guillaume Herpin.

Action in Erzurum is set to conclude tomorrow with the final day of competition, which will see 11 sets of medals awarded across seven sports.