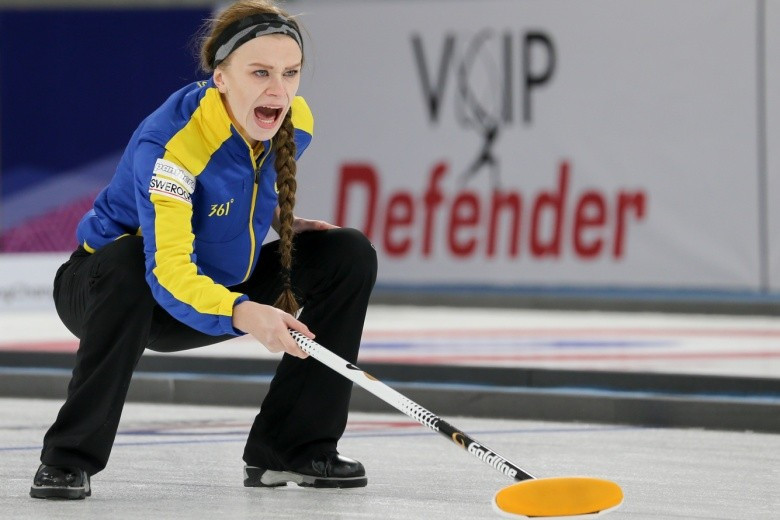 Scotland and Sweden enjoyed a fine start to the women’s event at the World Junior Curling Championships, with both nations claiming wins in their opening matches at the Gangneung Curling Centre.

The Swedish team began the day with a comprehensive 9-2 victory over Japan, but knew they faced a tougher test in their second match when they took on defending champion Canada.

An 8-1 demolition of Hungary saw the Canadians head into the match in equally good spirits, with their team starting the brighter by taking a 4-0 lead.

Sweden, skipped by Isabella Wranaa, fought their way back into the contest by scoring four points in the fifth end.

They would ultimately secure the crucial final point in the last end, edging out the holders by an 8-7 margin.

Scotland would also impress, winning 7-6 against the host nation South Korea and then overcoming Hungary 8-7 to end the first day in joint first place.

The only other unbeaten women’s team are Switzerland, who secured a narrow 7-6 win over Russia in their only match of the day.

“The game was so incredible, I am just nervous now,” said Selina Witschonke, Switzerland’s skip.

“I have no words, I am just so happy and it was such a close game.

“I think at the beginning there was a bit of struggle with mental and also with the communication, but it got better and better and I think that was the greatest thing we did this game.”

South Korea would triumph in their opening match of the men’s tournament, with only one session of competition having been scheduled.

The hosts overcame Norway 6-4, while Canada defeated Sweden in a high scoring match by a 12-8 margin.

Scotland fell to a 7-6 loss to the United States, with Switzerland’s 8-6 win over Italy the only other men’s match played.

Competition will continue tomorrow, with the Championships also doubling as a Pyeongchang 2018 test event.