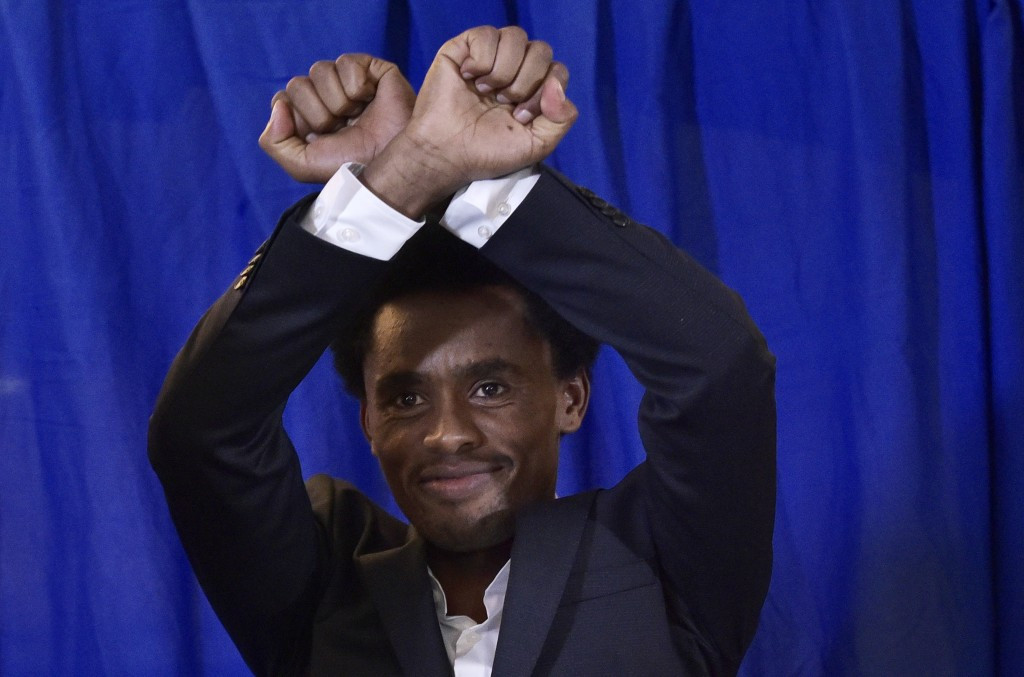 Marathon runner and Olympic silver medallist Feyisa Lilesa has been reunited with his family after months of separation following his protest of the Ethiopian Government at the Rio 2016 Olympic Games.

Lilesa finished second behind Kenyan favourite Eliud Kipchoge in the Brazilian city and proceeded to cross his arms in a gesture used to oppose the Government’s police crackdowns on protests in his home region of Oromo.

He then claimed he would be “killed” if he went back to the African country following the Games.

The 27-year-old has been living in the United States on a temporary visa since the Olympics which allows him to live and train.

His family arrived at Miami's International airport yesterday morning and he was finally reunited with his wife and two children, who were all granted visas.

“First, I want to thank Waaqa (God) for reuniting me with my family," Lelisa said in a statement.

"Second, I would like to thank my family for their patience and understanding during more than six months of my absence.

"I am really happy to see my family, but I am also filled with mixed emotions.

"That's because it's always been my wish to live in my country, with my entire family, and among my people.

"But despite my physical safety here in the US and now a family reunion, the Ethiopian government's ongoing abuse of the Oromo people gives me no rest.

"As I celebrate this small personal victory, I want to make sure that we don't forget the plight of millions of Oromo and other Ethiopians who are still being killed, beaten, imprisoned, dispossessed and kept in poverty.

"I renew my call to the US government and the international community to re-evaluate their foreign aid and other dealings with the Ethiopian government in light of the worsening human rights situation in the country."

Officials in Ethiopia have claimed Lilesa, the country’s first men’s Olympic marathon medallist since 2000, would be welcomed back home with open arms and with hero status.

However, Lilesa still disputes this claim.