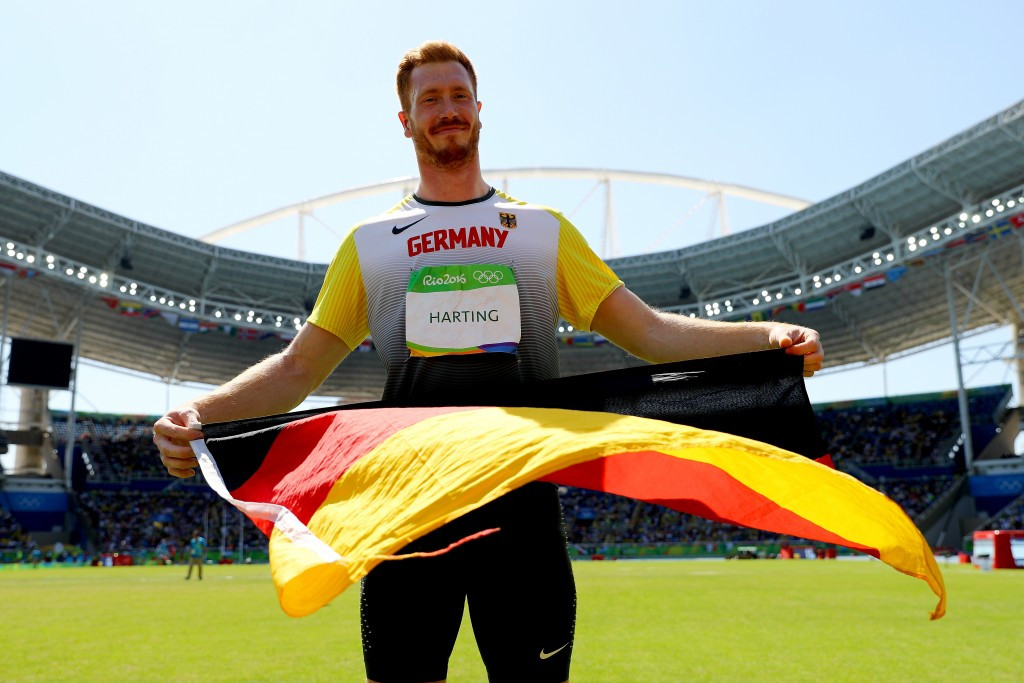 Harting, who won a surprise gold last August with a personal best of 68.37 metres, also predicted that the Olympics are "slowly dying by 2040" unless sweeping changes are made.

It comes after the IOC opted against giving Russia a blanket ban from the Rio Games in response to evidence of state sponsored doping published in the McLaren Report.

Over 1,000 Russians are thought to have been implicated in a programme in which doping samples were manipulated and tampered with at events including the Sochi 2014 Winter Olympic Games.

"Thomas Bach should resign, so that the IOC again gets a face, which stands for clean sport and consistent action," the 26-year-old told the Berliner Morgenpost.

"The Olympic idea has suffered a lot of damage last year and lost its glamour and credibility.

"There is now a need for reforms that are transparent, comprehensible, consistent and sustainable."

Harting continued by calling for lifetime bans for all those found guilty of "deliberate" doping, although he would given a second chance to those found to have doped unintentionally, such as by consuming contaminated food.

The IOC handed responsibility to individual International Federations to take decisions on Russian eligibility at the Rio Games, before ratifying their respective decisions.

She was the only one able to prove that she had been operating in an "effective testing system" outside of the country, although even this required a successful appeal to the Court of Arbitration for Sport.

Harting is the younger brother of London Olympic and three-time world champion Robert, another fierce critic of Bach.

He described his fellow countryman as "part of the doping system, not the anti-doping system" shortly before Rio 2016.

Bach, breaking from a usual trend of ignoring such comments, strongly rejected this accusation.

"It is an unacceptable lapse to insult someone who is not of the same opinion as you in such a manner," he told Germany's DPA news agency.

“We had to weigh up imposing punishment on a system and the extent to which you can hold athletes responsible for such a system.

"On the one hand the athletes bear collective responsibility for the system.

“On the other hand it gives athletes the possibility to show, by clearing very high hurdles, they weren't involved in the system.”

insidethegames has contacted the IOC for a reaction to the comments of Christoph, but has not yet received a response.

Both Harting brothers were formerly coached by Werner Goldmann, who in 1989 following the collapse of the Berlin Wall signed a letter admitting his part in systematic state doping while working with some of East Germany's top athletes.

Two IOC investigations are taking place into Russian doping problems this year to assess potential responses regarding the Sochi 2014 and Pyeongchang 2018 Olympic Games.

The former German Olympic Sports Confederation President is facing strong criticism in his native country, however.

Heidemarie Ecker-Rosendahl, the Olympic long jump and 4x100 metres relay champion at the Munich 1972 Olympics for West Germany, has been among others to echo criticism on recent days.