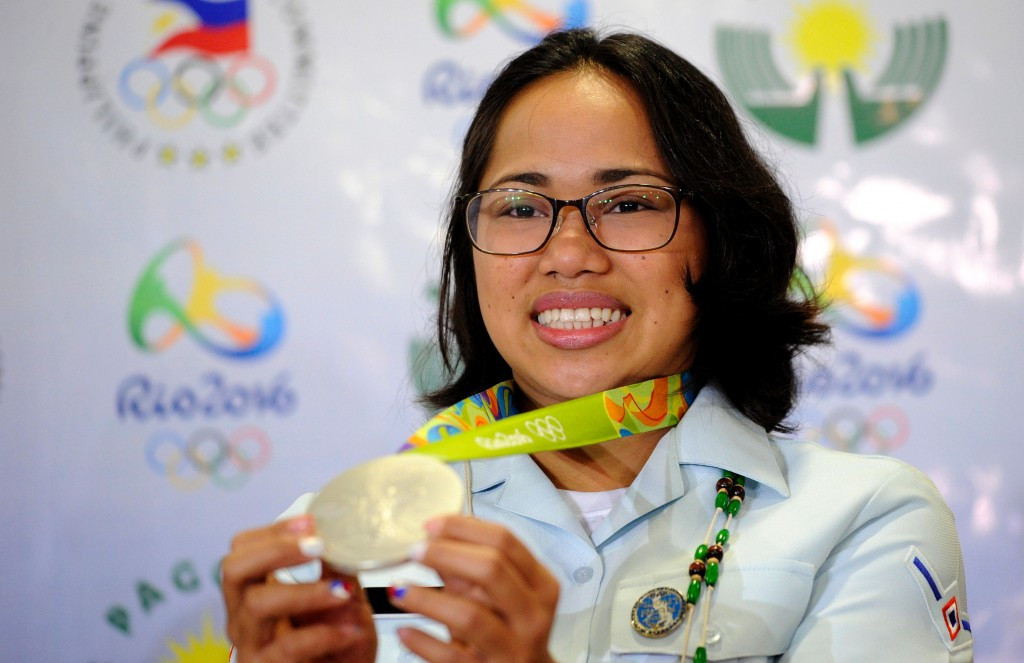 Hidilyn Diaz will receive the athlete of the year honour at the event in Pasay City on Monday (February 13).

The weightlifter secured the country’s sole medal at the Rio 2016 Olympic Games, where she claimed silver in the women’s under-53 kilogram event.

It ended the country's 20-year wait for a medal at the Olympics, after boxer Mansueto Velasco won silver at Atlanta 1996.

The 2015 Asian Championship gold medallist and World Championship bronze medal winner will be among a host of names to be recognised.

Ninety-one other people and entities are expected to be honored during the ceremony, according to Sports Interactive Network Philippines.

Chess grandmaster Eugenio Torre will be the recipient of the Lifetime Achievement Award, with the 65-year-old established as one of Asia’s foremost players throughout his career.

Torre last claimed a medal at the 1974 Games in Nice, where he became Asia’s first grandmaster.

Motor racing driver Milo Rivera will receive the President’s Award, while The Philippine Athletics Track and Field Association are also due to receive an honour.

The organisation will pick up the governing body of the year award.