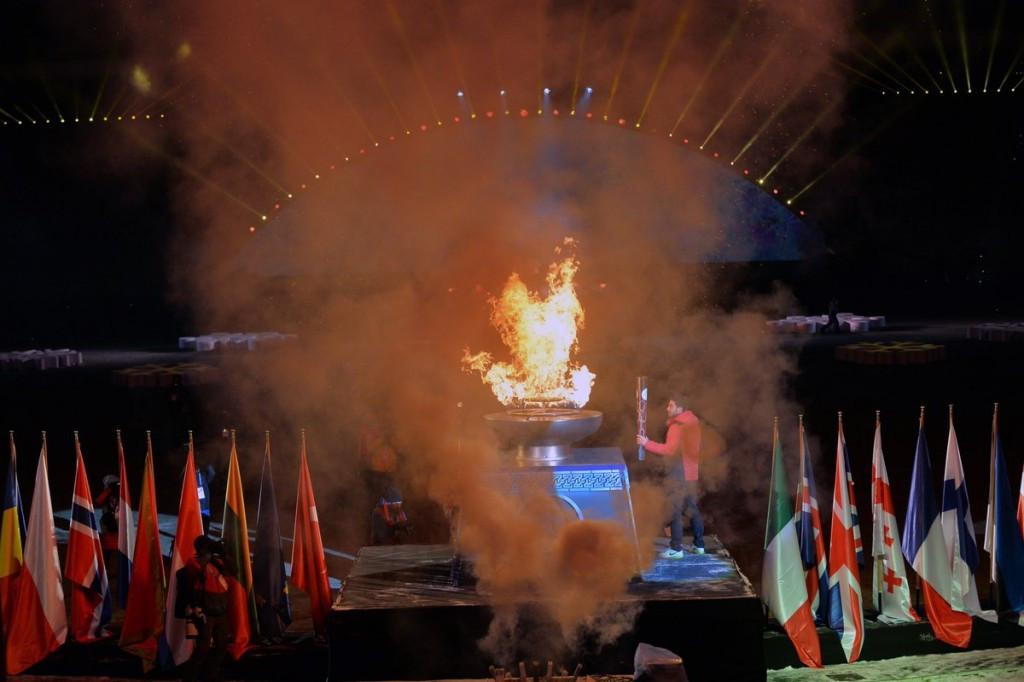 It came at the end of an Opening Ceremony in the Kazim Karabekir Stadium, to set into motion a five-day competition for more than 650 of Europe's best teenage athletes.

Crowds flocked into the 25,000 seater arena despite plummeting temperature dropping well below freezing.

Athletes from 34 participating countries paraded into the stadium, with the loudest cheers unsurprisingly reserved for the Turkish hosts.

Turkish Minister of Youth and Sports Akif Çağatay Kılıç then declared the Festival open with a reminder of the importance of competition at a time of adversity across the world.

"Even if there are malicious people trying to pollute the world, the number of those who struggle to improve and improve the world is much higher," he was quoted as saying by the Dünya newspaper in Turkey.

"On the one hand there are people who try to direct the eyes of mankind to a darker picture while on the other hand they try to give life to the common cultural heritage of mankind with arts, sports and literature.

"When we look at the youths in this organisation we are doing with enthusiasm, we are filled with hope.

"It is this kind of sporting activity that brings young people from different parts of the society together in a common stake and teaches them to struggle for the same purpose.

"As mutual hopes, joys and excitement increase, people will understand each other better and weaken the focus of terror trying to overtake people."

The Ceremony took place amid heightened security after the European Olympic Committees provided reassurance that all competing athletes will be safe amid heightened terrorism concerns in Turkey.

Last year Turkey was hit by several terrorist attacks and a gunman shot dead 39 people at the Reina nightclub in Istanbul in the early hours of New Year's Day.

A car bomb exploded in December in the city of Kayseri, located around 640 kilometres west of Erzurum, killing 13 people, mostly soldiers, and injuring 50.

But Kılıç insisted the event will show the "friendship and fraternity" of the region.

Sporting action is due to begin tomorrow.