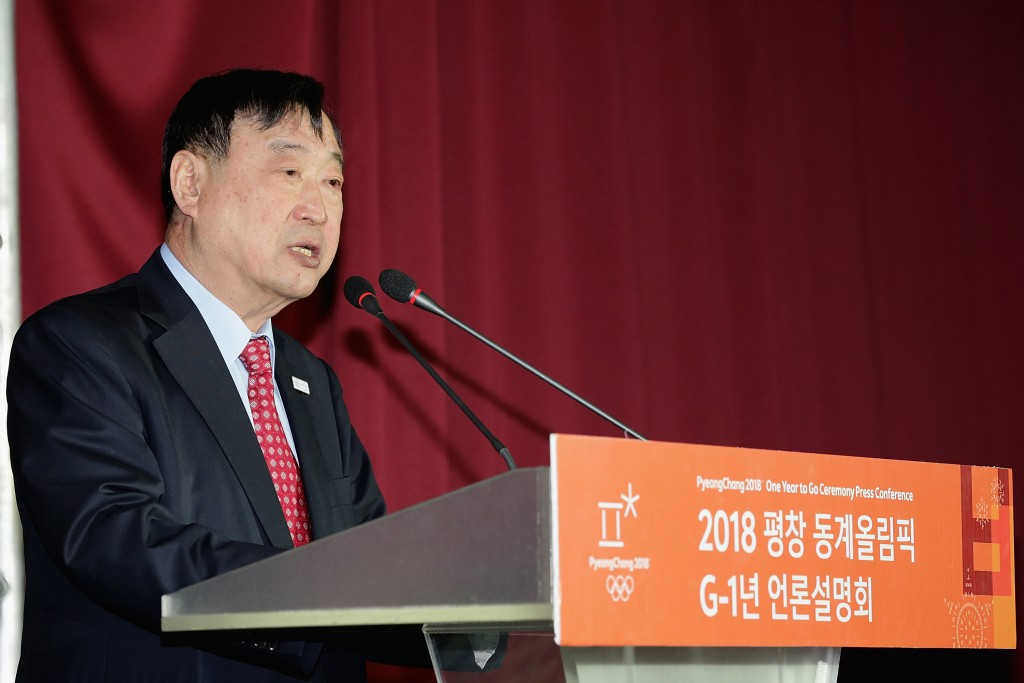 Pyeongchang 2018 have agreed a contract with Hanjin Logistics - part of the Hanjin Group chaired by their former President Cho Yang-ho - to help with the transportation of athletes' equipment during next year's Winter Olympics.

The agreement was confirmed by Pyeongchang 2018 President Lee Hee-beom, and follows concerns being raised about transport and accommodation at a Chef de Mission Seminar earlier this month.

Transport concerns relate primarily to the high-speed railway connection between Incheon International Airport in the capital city Seoul and the Pyeongchang region.

At present, athletes are due to travel on the railway once arriving in South Korea while their luggage and equipment will follow in logistics trucks.

Lee confirmed to insidethegames here that Hanjin have been contracted to provide the trucks for the operation.

"The express train cannot carry the heavy luggage and in this case we have prepared trucks," Lee said.

"We already have a contract with Hanjin to carry all of the luggage.

"They asked us to have a stress test for the athletes' luggage as it is so important.

"When they move by bus it does not matter as the trucks can follow at the same time, but when they take the train, the trucks can have some 30 or 40-minute time lapse.

"During the time, the athletes have some stress.

"We will cover with full insurance and Hanjin is a very believable company."

Hanjin Logistics is one of the companies in the Hanjin Group conglomeration, which also includes Korean Air.

The Hanjin Group is chaired by Cho, who stepped down as Pyeongchang 2018 President last May to restructure Hanjin Shipping, which was facing critical financial issues.

Hanjin Shipping is expected to be liquidated on February 17, after the Seoul Central District Court said they would declare the company bankrupt.

insidethegames has asked Pyeongchang 2018 for clarification on when talks with Hanjin Logistics began.

International Olympic Committee (IOC) Coordination Commission chair Gunilla Lindberg told insidethegames earlier this week that a technical meeting was to be held with Pyeongchang 2018 to discuss the ongoing issues with transport and accommodation.

Lee, who confirmed the meeting had drawn to a close yesterday, revealed that mobile and temporary accommodation is set to be used to help meet demands.

National Olympic Committees (NOCs) raised concerns over a lack of hotels in mountain clusters at the Chef de Mission Seminar, which could mean that vital team officials and coaches will have to stay in the Gangneung coastal cluster.

Rooms in the Athletes' Village are already thought to be too small for any more people to be added.

Accommodation is thought to be particularly scarce at the Bokwang cluster where freestyle skiing and snowboard events will take place.

Lee stated the IOC have visited a "model house" in Pyeongchang and were satisfied with the temporary accommodation.

"Naturally we are facing an issue of accommodation, but in terms of the quantities the accommodation is not a problem," he told insidethegames.

"We are now reviewing it and looking for the solutions.

"We are building temporary and mobile houses in addition to the hotels.

"Especially for the volunteers and drivers we will provide temporary housing.

"We already have a model house in Pyeongchang, which the IOC delegation checked and were very much satisfied."