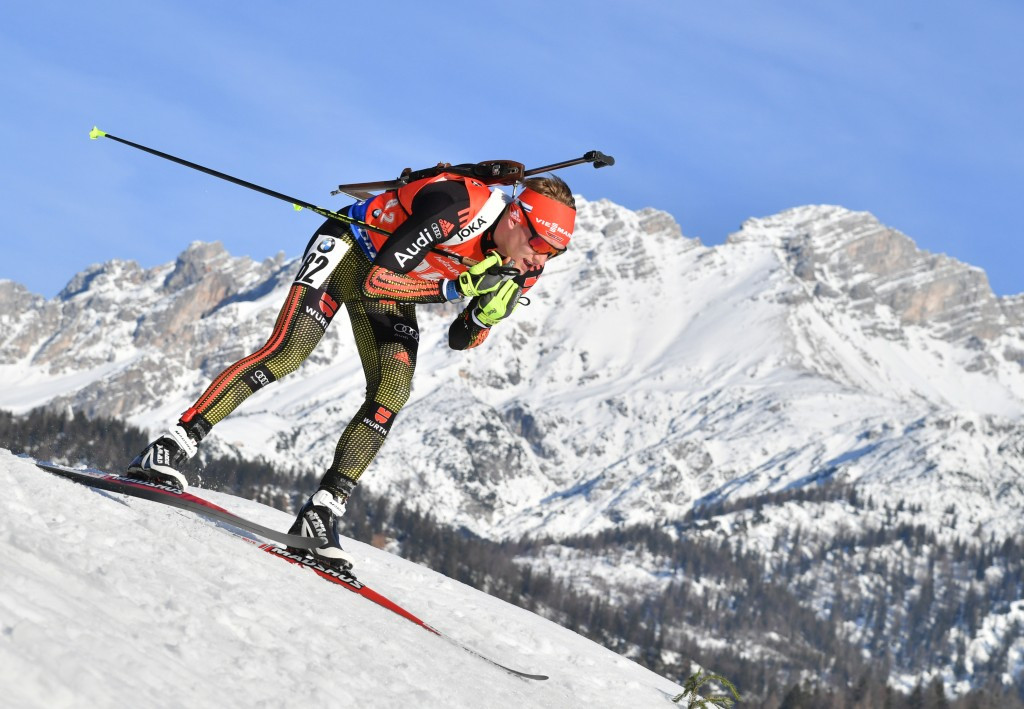 Doll, a member of the German team which won the mixed relay title on the opening day of the event in the Austrian resort, shot clean to secure a surprise victory in a time of 23min 27.4sec.

Johannes Thingnes Bø, world champion in 2015, looked on course to usurp the German's time but eventually fell 0.7 seconds short, meaning he had to settle for the silver medal.

Double Olympic gold medallist Martin Fourcade, the pre-race favourite, rounded out the podium as he took home the bronze to earn his 22nd World Championships medal.

The Frenchman, winner of the sprint event at last year's World Championships in Oslo, was made to rue two penalties as his time was over 23 seconds slower than Doll's effort.

The race began amid tough skiing conditions, with Fourcade setting the time for the rest of the field to chase as he was fourth to take to the course.

The 28-year-old made uncharacteristic mistakes during the prone section and in the standing shoot, effectively ending his chances of defending his world title.

The vast majority of the field were unable to take full advantage of Fourcade's two errors until Doll cleared 10 out of 10 targets to seize top spot.

Bø was the only athlete who could snatch the gold medal away from the German and he appeared to be well on his way to victory but he faded in the late stages.

"My mind wanted to go fast, but my legs were spent," he said.

The World Championships continue tomorrow with the men's and women's pursuit races.