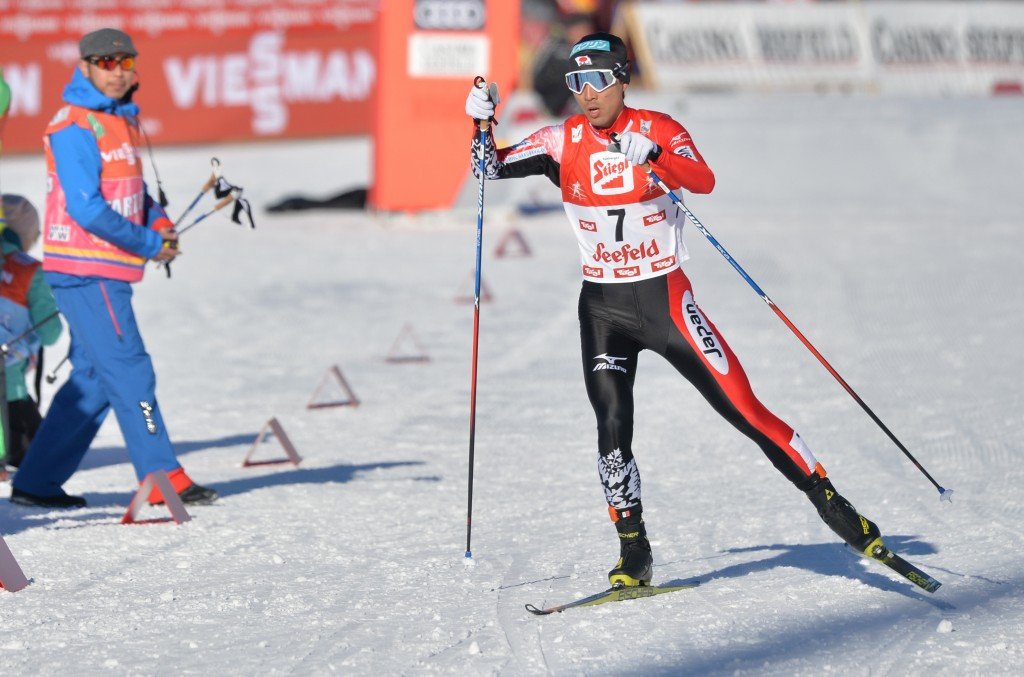 The 28-year-old OIympic silver medallist won the 19th stage of the season after German athletes had won all of the first 18.

Watabe was aided, however, as the three Germans who have shared the victories this season -  Johannes Rydzek, Eric Frenzel and Fabian Rießle - all opted to skip this weekend's competitions in Japan.

After finishing second on eight occasions last season and yesterday behind Kircheisen, Watabe has now returned to the top of the podium for the first time since Oslo in March 2015.

There was still German presence on the podium as Manuel Faisst finished third in 26:08.2.

Japan's Hisaki Nagamine topped the ski jumping phase for the third time in a row, leaping 138 metres for 128.8 points.

Faisst was second best on the hill, recording a jump of 135.5m for 127.7 points and a disadvantage of four seconds.

Watabe started fourth after his effort of 134.5m for 122.5 points, which left him trailing Nagamine by 25 seconds.

All three podium finishers skied together for most of the race but Watabe clicked into gear on the final lap.

Nagamine again faded during the cross-country and came home 23rd.

Watabe has moved on to 826 points in fourth place in the overall World Cup standings.

The top three remain the same - with Rydzek leading the way on 1,390 in front of defending World Cup champion Frenzel on 1,354 and Rießle on 949.

Attention now turns to the FIS Nordic World Ski Championships in Lahti in Finland, which begin on February 22.

Sapporo hosted the 1972 Winter Olympic Games and will host this year's Asian Winter Games from February 19.