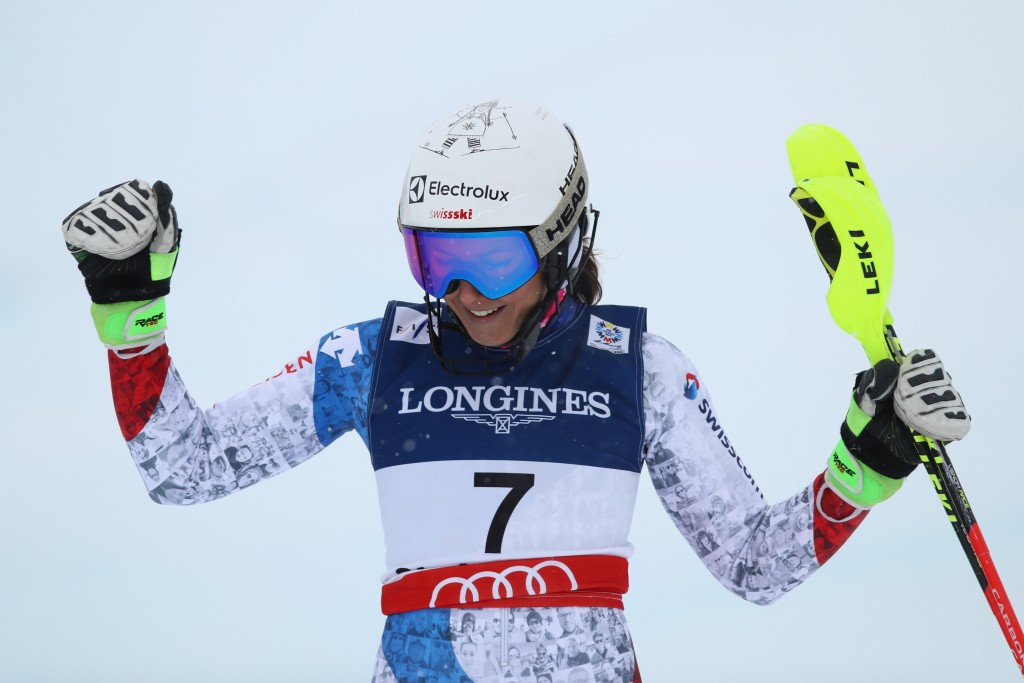 It was, however, a mixed day for the host nation as Lara Gut was ruled out of the Championships after suffering a knee injury.

Gut, who won super-G bronze earlier in the week, lay in third place after the downhill section before injuring her left leg warming up for the slalom.

She was airlifted to hospital and it was later confirmed that the reigning World Cup champion will be forced to miss the rest of the showpiece event.

Holdener lay outside the medal positions after the downhill only to produce a dazzling slalom run.

It was good enough to overhaul Gisin and win gold in 1min 58.88sec.

Another home skier finished fourth in Denise Feierabend, 0.82 off the winning pace, with American Lindsey Vonn three further hundredths back in fifth.

The showpiece men's downhill will be held tomorrow.