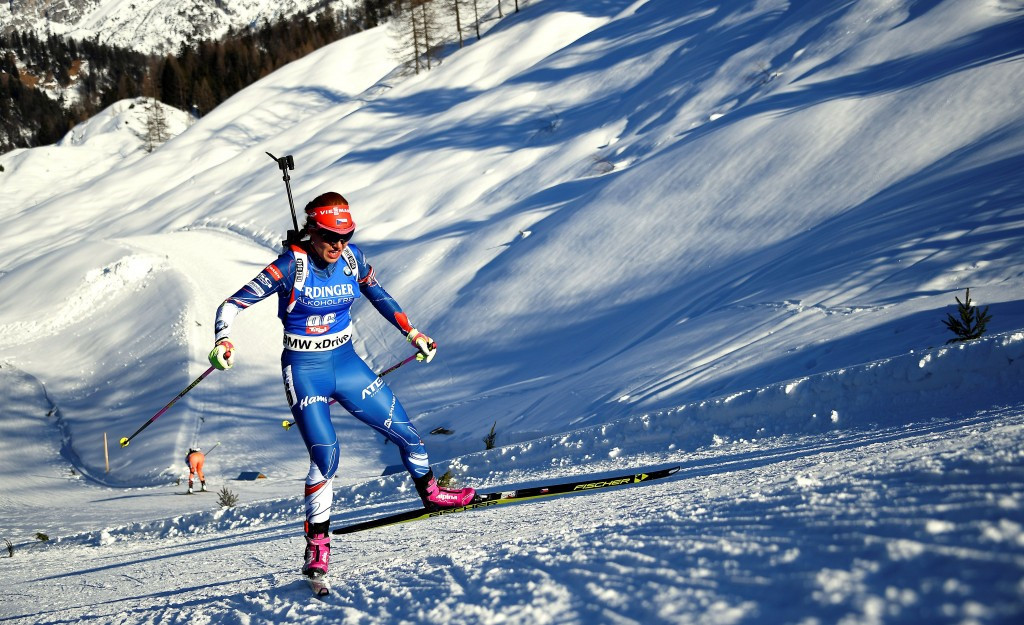 The defending IBU World Cup champion, who was one the last of the field to take to the course, shot clean on her way to recording a time of 19min 12.6sec at the Austrian resort.

Germany’s Laura Dahlmeier, the current World Cup leader, also shot clean but stopped the clock four seconds slower as she was forced to settle for silver.

It marked her second medal of the event after she was part of the German team which claimed the mixed relay honours yesterday.

Bronze went the way of Anais Chevalier of France, who also stepped onto the podium for a second time following her relay silver, as she was 25.1 seconds adrift of the winning time.

"I think it was very clever tactics of our coaches; I could feel that every loop it is getting faster and faster," Koukalová said.

"I thought I was sleeping when I won, I thought it was not real.

Controversy surfaced before the race began as the IBU announced it had provisionally suspended Russian competitor Ekaterina Glazyrina due to findings in the McLaren Report.

Their decision meant Glazyrina could not compete in the 7.5km event and she was replaced by Irina Uslugina, who finished the race in 15th place.

The action got underway amid tricky conditions for the first biathletes out on the course, with Chevalier setting the benchmark for the others to chase.

Dahlmeier, the 64th athlete to enter the race, then overtook the Frenchwoman thanks to her clean shooting but her time was not enough for gold as Koukalová, a double Olympic silver medallist, produced a superb display to wrap up her maiden individual world title.

The World Championships in Hochfilzen continues tomorrow with the men's 10km sprint, where Martin Fourcade of France will renew a rivalry with Russia's Alexander Loginov and Anton Shipulin which has turned increasingly bitter.

Fourcade refused to shake the hands of the Russian pair during yesterday's mixed relay medal ceremony and nearly decided to step off the podium, which would have resulted in disqualification.

It came after the Frenchman was alleged to have stepped on the skis of Loginov, who he has publicly criticised in the past after the Russian served a two-year doping ban, when he was about to be given the baton by Shipulin.