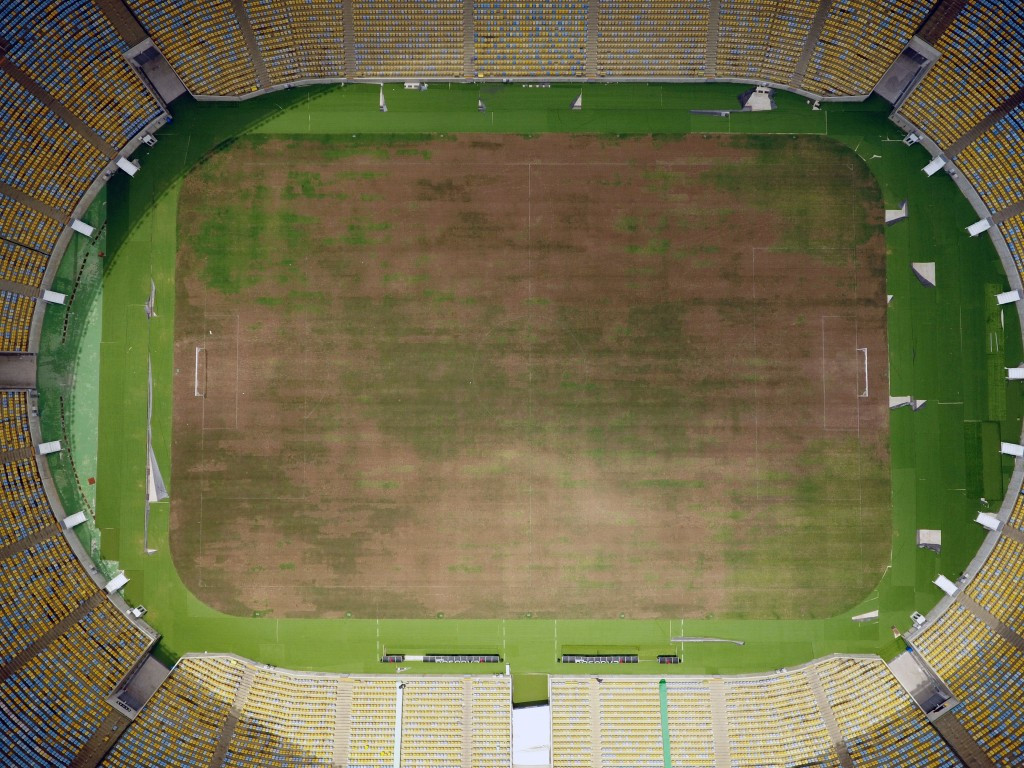 Several venues used at the Olympic and Paralympics in Rio de Janeiro last year have fallen into disrepair just six months after the conclusion of the events in the Brazilian city.

Further issues have been highlighted at the iconic Maracanã Stadium, which played host to the Opening and Closing Ceremonies, while the water at one of the warm-up swimming pools has turned orange.

According to reports in Brazil, the stagnant water is littered with insects and mud, with rainwater also contributing to its strange colour.

The Aquatics Centre is also beginning to crumble, with new images showing the extent of the disintegration at the venue, which hosted swimming and water polo events at Rio 2016.

The temporary venue was set to be converted into swimming facilities after the conclusion of the Games but now resembles an abandoned facility.

The golf course at the Reserva de Marapendi, which cost around $20 million (£16 million/€19 million) to construct, has been shut down and the Olympic Park reportedly remains a "ghost town".

Neil Cleverly, the golf course superintendent, claims his company, ProGolf, have not been paid by the Brazilian Golf Confederation for two months, while designer Gil Hanse has also criticised the state of affairs at the venue.

"We are bitterly disappointed," he told Golf World magazine.

"We witnessed this type of brinkmanship during the construction of the course, and we are hopeful that this is another example of having to hit a low point before things get better."

The Olympic Park in Barra di Tijuca has hosted just one event since the end of the Rio 2016 Paralympics on September 18 - a one-day beach volleyball competition, staged at the Olympic Tennis Centre despite the standard of the nearby beaches.

It has been passed on to the Federal Government after City Hall failed to receive an appropriate bid for the facility.

"It’s an abandonment, a disregard for public money for the visitors who come here and want to see it used," said spectator Wanderson Wygers in an interview with Brazil’s O Globo newspaper.

Issues have also been reported at the site of the Olympic Viillage, which housed more than 10,000 athletes at the Games.

It has been claimed that only 260 of the 3,604 apartments have been sold - just seven per cent - while the facility remains cordoned off.

The current state of affairs in the Brazilian city, which has cast further doubt on Rio 2016’s bold legacy promises, is best shown by the Maracanã.

The stadium, where Brazil’s men won the country’s first-ever Olympic football gold medal, has been hit by vandals, with windows smashed and seats ripped out and dumped in a pile nearby.

The electricity supply at the venue was cut off last month due to a row between local officials and the contractor employed to manage the stadium.