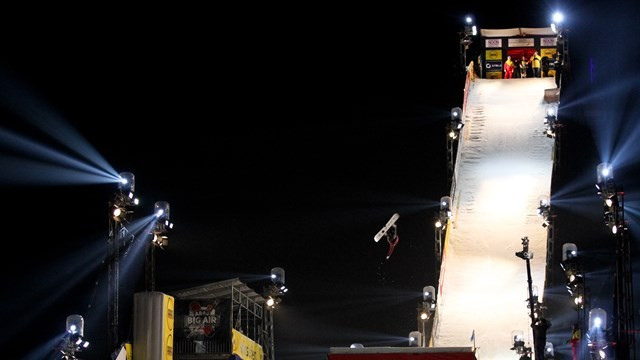 Gasser, who recently claimed big air silver at the Winter X Games in Aspen, could wrap up her first crystal globe on Saturday (February 10).

Gasser currently has a total of 3,800 points, with Britain’s Katie Ormerod her closest challenger, 690 behind.

Klaudia Medlova of Slovakia is third but cannot catch the two runaway leaders.

“That it didn't work out as I was hoping for lately has already been taken care of,” the Austrian, who is also well-placed in the race for the Snowboard Freestyle World Cup crown, said.

“I'm now fully concentrating on both events in Canada.”

While the women’s Big Air World Cup looks to already be settled, those in contention for the men’s crown are set for an intriguing battle in Quebec City.

Seppe Smits of Belgium leads on 1,930 points but Canada’s Max Parrot, who won the big air gold medal at the Winter X Games, is just 130 adrift.

Roope Tonteri of Finland, the 2013 world champion, remains hopeful of usurping the Belgian at the summit of the leaderboard as he has 1768.80.

On what is set to be a thrilling weekend of snowboarding action, the resort will also stage a Slopestyle World Cup event.

Olympic champion Jamie Anderson of the United States is the headline name in the women’s competition, with her compatriot Julia Marino, local favourite Laurie Blouin and 2015 world champion Miyabi Onitsuka also due to enter.

The men’s event will feature the likes of Smits and Parrot, as well as Marcus Kleveland, Staale Sandbech and Mons Roisland from Norway and Swedish riders Niklas Mattsson and Mans Hedberg.