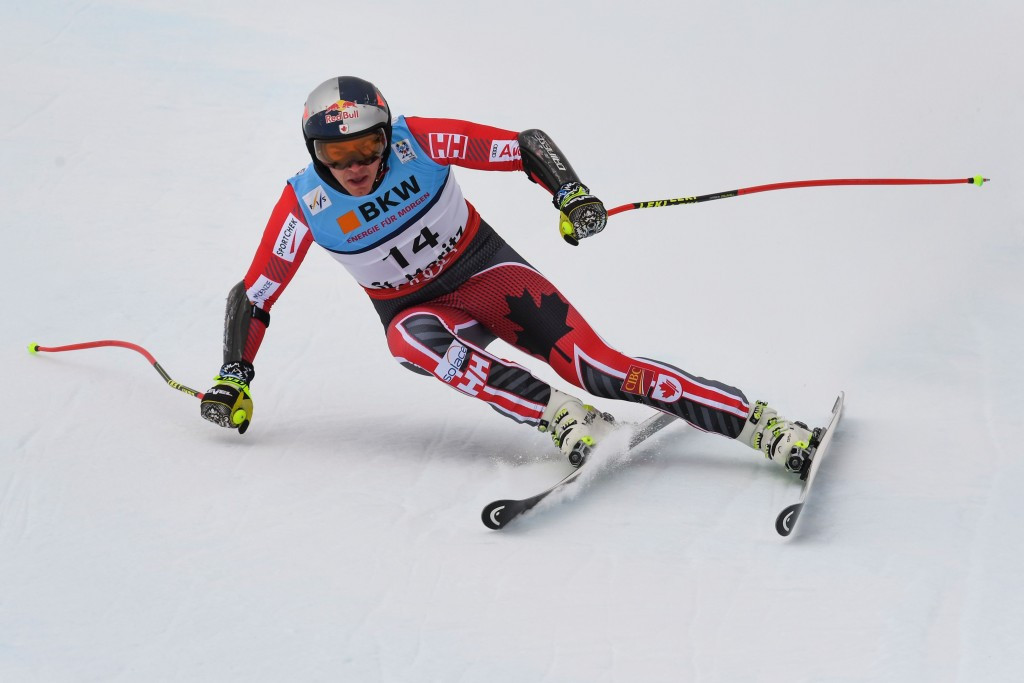 Canada’s Erik Guay became the oldest gold medallist in the history of the International Ski Federation (FIS) as he won the men’s super-G in St Moritz today.

Guay, world downhill champion in 2011, topped the podium with a time of 1min 25.38sec on the 1.9 kilometres course in the two-time Winter Olympic Games host city.

The 35-year-old consigned Norway’s Kjetil Jansrud, the reigning Olympic champion in the super-G discipline, to the silver medal position.

The Norwegian was 0.45 adrift in second place, while Manuel Osborne-Paradis completed the Canadian success by taking home the bronze medal.

“It’s incredible,” Guay, who endured a nasty-looking crash in Garmisch-Partenkirchen in Germany last week, said after the event.

“With the whole history with all of my injuries and even the crash last week in Garmish, it’s just amazing to be standing here as a world champion.

“I’m having a hard time finding words to express what this means and how I feel.

“To be on the podium today with two of my good friends Manny and Kjetil makes it even better.”

Jansrud looked on course for his first-ever world title when he laid down a run of 1:25.83 and his chances of victory grew even larger when team-mate Aleksander Kilde fell 0.09 shy of his time.

Guay was next to go, however, and performed a near-perfect routine to surge to the summit of the leaderboard.

His time proved too strong for the rest of the field as he wrapped up his second world title.

The Canadian replaced Hannes Reichelt of Austria, who won the super-G at the 2015 event in Beaver Creek in Colorado, as the oldest winner of an Alpine World Championships gold medal.

“Erik today showed us how it’s supposed to be done,” Jansrud said.

“I’m not feeling any disappointment over that.”

The competition in St Moritz continues with downhill training tomorrow before medals in the men’s and women’s events are awarded on Friday (February 10).